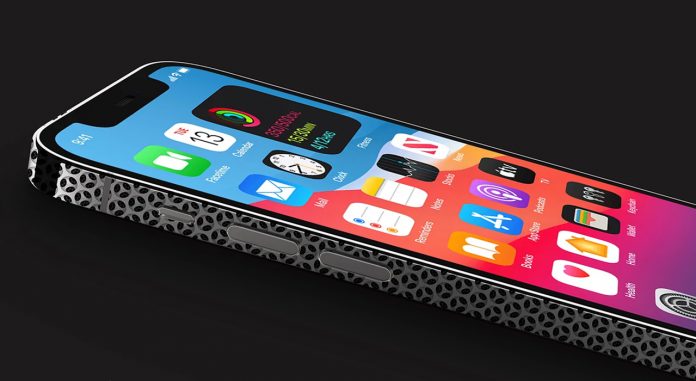 Apple introduced its new Mac Pro device with cheese grater design at its WWDC event in 2019. Developed the perforated ventilation slots to help lighten the processor under the heavy workload of the device. The company has now taken a step towards bringing the same thermal architectural design to iPhone models.

Many users teased the Mac Pro, which came with an unusual design, on social media. But Apple has shown that it is behind this design. The company’s new patent showed that “cheese grater” is being integrated into the iPhone this time.

The resulting new iPhone patent showed that the phone will have edges that resemble a cheese grater. In the statement of the patent, the company talked about how this design concept can improve the performance of mobile devices.

While Apple said that components that could not be obtained with three-dimensional designs developed so far can be used more easily with the new design; He also stated that improved heat removal levels will be achieved. In other words, he said that with the new design, iPhones will run cooler and faster.

Apple applies for many patents every year. But not all of these patents come into effect. Some are thrown away in the testing stages, others in the early stages. Therefore, the cihazı cheese grater-looking iPhone device may remain a dream like many patents in the past. However, the company still needs a little more time to figure out how this design will work in practice.

In the past, Apple has come up with interesting designs such as Butterfly Keyboard and Magic Mouse with upside-down charging. But the cheese grater-looking Mac Pro was one of the company’s most extraordinary work. Whether the same design will be applied to the iPhone remains unclear for now. However, if the company takes such an initiative, it seems that there will be a lot of talk, good or bad.

What are your thoughts on the cheese grater-looking iPhone patent? Do you think such a design would attract attention if it appeared on the market? Don’t forget to share your ideas with us.

PS5 vs PS4: find out what changes in Sony console specs