Home Tech iPhone Manufacturer Foxconn Tells Employees Not To Go to Work Due to... 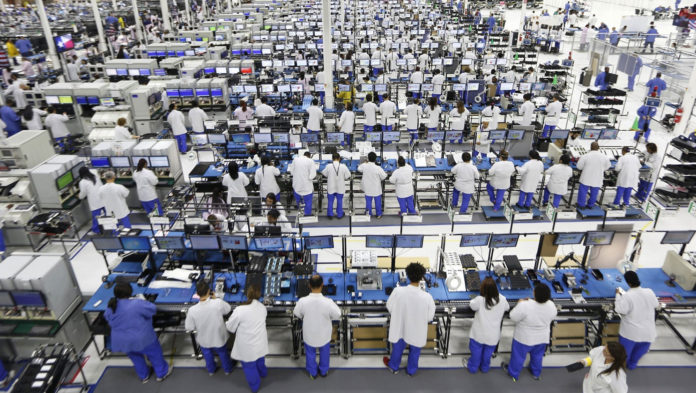 Foxconn, who appears to be Apple’s largest iPhone manufacturer, said that his employees in Shenshen should not come to work. The company also started to produce face masks.

Chinese manufacturer Foxconn, which manufactures Apple’s iPhone devices, has decided to take action against the Corona virus. “Don’t come to work,” the company said to employees in Shenzhen, where there is a virus threat.

According to the report published by Bloomberg, Foxconn’s employees in Shenzhen will not return to work unless a new warning is made until February 10th. The company also revised a production facility under it to produce face masks. The masks produced here will be distributed to hundreds of thousands of employees working in iPhone production at Foxconn.

Purpose To Protect The Health Of Employees
Foxconn continues iPhone production without interruption in cities that are not at serious risk yet. Facial masks produced by the company will be distributed to those working in hazardous areas. “We have instructed our employees not to return to Shenzhen in order to protect the health of everyone and to take measures by the government for security,” Foxconn said in a statement.

The company also said, “We will keep you informed. In this process, we will protect everyone’s job rights and interests. ” The company, which has hundreds of thousands of employees, aims to produce two million masks by the end of the month to protect against the Corona virus epidemic.

This development, which is expected to disrupt iPhone’s production process, seems to be the right decision to prevent a bigger problem. Foxconn aims to return to production from February 10 in Shenzhen. The company willing to take all precautions will ensure that employees returning from outside the state will remain in isolation for 14 days.

The Corona virus, which started in Wuhan and has resulted in the death of 638 people, seems to remain on the agenda for longer periods of time. It seems that China, the world’s largest industrial country, will be severely affected economically. Even now, millions of people are reluctant to buy anything from China.

Fortnite will have a collaboration with Tron; all we know