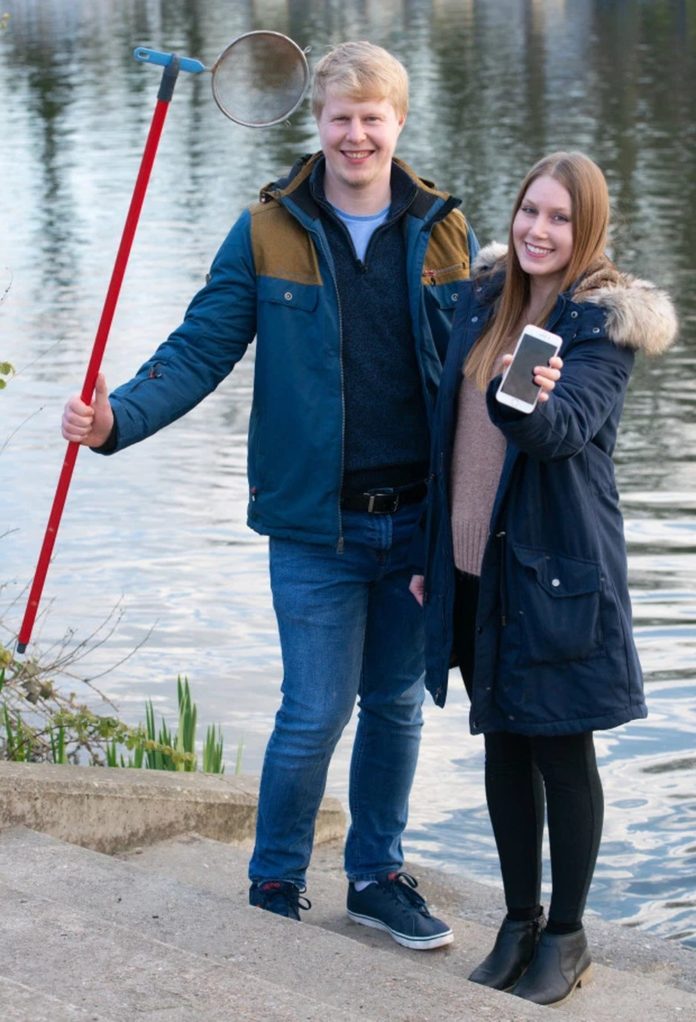 A couple recovered an iPhone 8 that was submerged for two months in the River Thames in London. According to the English portal The Sun, which revealed the case last Wednesday (1), the Brazilian Thayse Bussolo-Vieira, 29, dropped the Apple cell phone in early February, while feeding swans in the river. The woman was surprised to find that the iPhone still functioned normally after rescuing the smartphone that had been in contact with water for so long.

Thayse said she found her cell phone while walking with her fiance, James Tongue. The couple managed to retrieve the phone using a broom with a kitchen sieve on the end. To the relief of the couple, the device was working and they were able to access the photos they thought they had lost.

An airline manager told the portal that after dropping her phone in the water, she even considered jumping into the water to try to recover it, but gave up due to the high level of the river. Months later, Thayse was walking with her fiance in Staines, where the incident had occurred, when he spotted the iPhone 8 on the riverbed, two meters below the surface.

The couple managed to retrieve the smartphone using a homemade fishing net made with a broomstick and a kitchen sieve attached to the end. After fighting the current for 40 minutes, James pushed the phone into the net with the help of a stick.

Thayse’s fiance said that it was only possible to recover the device because the river waters were calm in the day. “He was there, in the same place, just sitting at the bottom of the river like a rock,” he said.

After drying the phone in a bowl of rice, the couple decided to charge the smartphone. They were surprised to find that more than 20,000 photos from five international trips were still there. It is worth remembering that the recommendation is for users to back up data on a recurring basis to recover cell phone content in case of loss or theft. Thayse, who is from Santa Catarina, said the phone was covered in soil, but without any damage.

Since the iPhone 7 and 7 Plus models, launched in 2016, Apple has a water resistance system. However, the iPhone 8 has only IP67 certification, which guarantees that the cell phone can be submerged in a maximum depth of one meter for up to 30 minutes.

A case similar to Thayse and James’s happened in October last year, when an American family recovered an iPhone 11 two months after dropping it in a lake in Disney’s park in Orlando, United States. The cell phone was found by a diver from Walt Disney World and returned via post with only a few marks of use. The story had repercussions at the top of Apple and the company’s CEO, Tim Cook, thanked the report.

The design of the Opera iOS app has been renewed