Home Entertainment iPhone 15 Pro Max will be the first model with a Periscope... 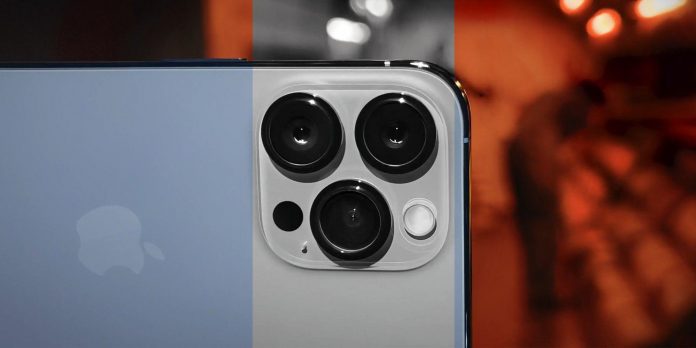 Apple will finally install a telephoto lens with a periscope-style zoom on its smartphones, but according to a reliable market analyst, initially this feature will be exclusive to the iPhone 15 Pro Max model, which is due to appear next year. While this may seem like an odd choice, it won’t be the first time Apple has reserved the best technology for a top-notch Pro Max finish. Take, for example, the iPhone 12 Pro Max, equipped with a wide-angle camera with an image sensor 47% larger than the usual iPhone 12 Pro.
Moreover, the lens used for the telephoto lens on the iPhone 12 Pro Max had a narrower f/2.2 aperture compared to the f/2.0 module on the iPhone 12 Pro, but the former increased the optical and digital zoom range to 5x and 12x, respectively. On the other hand, the iPhone 12 Pro can only provide 4x optical and 10x digital zoom. In addition, sensor shift optical stabilization technology was initially limited to the iPhone 12 Pro Max before it became the standard for the entire iPhone 13 quartet.
Related: iPhone 14 Pro and 14 Pro Max Preview: All the Rumors and Leaks in One Place
It seems that the more expensive iPhone 15 Pro Max will lead the race for exclusive innovations in 2023. According to a post on Medium by TFI Securities analyst Ming-Chi Kuo, a periscope zoom camera will first appear in the iPhone 15 Pro Max, and then will be installed on both iPhone 16 Pro models in 2024. Camera resolution when folded, the lens zoom system will remain locked at 12 megapixels, with an f/2.8 lens to collect light and a 1/3-inch sensor processing all pixel data. As for the magnification range, it will increase to 5x or 6x magnification compared to the 3x magnification range currently available on Apple smartphones.
What’s special about Periscope Zoom?
Unlike the usual telephoto lens setup on a phone, which uses moving lens elements to adjust the zoom level, the periscope system introduces a prism into the equation. So instead of light passing directly through the lens and falling directly onto the sensor behind it, a folded lens, also known as a periscope system, collects light from the lens and passes it through a prism that bends it at a 90-degree angle. The camera sensor in this setup is positioned at a 90 degree angle to the lens and much deeper into the chassis. The key advantage here is that the tunnel between the prism and the camera sensor is longer, which gives the lens elements more room to adjust to provide a wider zoom range.
Although Huawei P30 Pro first popularized this technology back in 2019, it has now become a staple of Android flagships such as the Samsung Galaxy S22 Ultra. Compared to the 3x optical zoom provided by a conventional iPhone 13 Pro Max telephoto lens, the periscope equipment on Samsung’s flagship offers a much higher 10x optical zoom, 30x hybrid zoom and 100x digital zoom. It seems that with the iPhone 15 Pro Max, Apple can finally equalize the rules of the game.

Platinum jubilee portrait of Queen Elizabeth: there is nothing accidental about...