Home Tech iPhone 14 Will Not Have Buttons: The ‘Invisible’ Buttons Patent 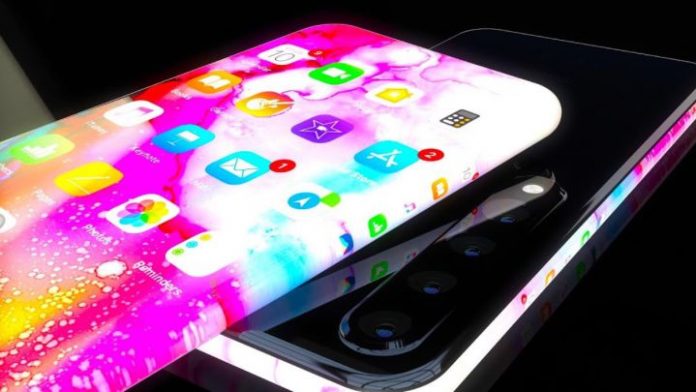 In fact, a new patent hints that it could directly do without physical buttons.

A week ago we echoed information from Ming-Chi Kuo, an expert analyst at Apple, who argued that the iPhone 13 of this 2021 will have the smallest notch, and that the 2022 or 2023 model will do without it directly, showing a new differentiating design within Apple mobiles. Kuo talks about an iPhone 14 or 15 without notch, with a completely clear screen, “an iPhone without bezels, without notch or screen cut-out of any kind.”

Where would the front camera and other elements such as the Face ID sensors be housed? Well, the answer would be under the screen, just like right now many mobiles have the fingerprint reader implemented. But it is a more recent patent discovered by the AppleInsider website that is news today, because it presents an iPhone that even no longer has mechanical physical buttons. Or rather: they are ‘invisible’.

An iPhone without buttons

“Disappearing Button or Slider” is a newly disclosed patent application showing that Apple wants to make controls invisible to the naked eye. According to those from Cupertino, they explain in the registered patent: “In the world of consumer devices, and in particular consumer electronics, there is a constant demand to improve appearance, functionality and aesthetics. Industrial design has become become a highly skilled profession that focuses on meeting this need to improve the appearance, functionality and aesthetics of consumer products. ”

The user interface and the system of handling a smartphone, with an ‘input’ made up of a few physical buttons + the touch control of the screen, are two aspects in which it is continually evolving – there we have flexible mobiles, or Xiaomi madness with its Mi Mix Alpha. And for Apple, one of the problems with these input devices is that “they can distort the aesthetics of the device by interrupting the continuity of the case.”

Touch buttons integrated in the design of the mobile

The solution? Replace the current external mechanical buttons of the iPhone with others so integrated into the design (and body) of the terminal that they seem ‘invisible’. To do this, Apple proposes that some input devices could use “deflection-based capacitive sensing” to function.

“Deflection of a metal frame of the input device causes a change in capacitance that is used to control a function of an electrical device,” explains the patent. “The input device appears invisible because it is made of the same material as the housing it contains. Invisible backlit holes can make the input selectively visible or invisible to the user.”

Whichever device is used, the principle is that there is a “reference capacitor” on an “inner surface”, which has invisible holes.