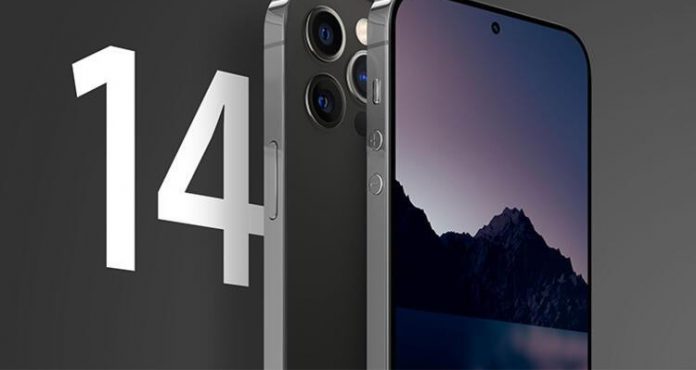 IPHONE 14. After the successful launch of its range dedicated to the iPhone 13, Apple is expected next year for its new smartphone: the iPhone 14. Discover the rumors on the subject as well as the information already available.

Will Apple be able to surprise with the iPhone 14? This is the question that many users must ask themselves after the launch of the latest range of iPhone 13. The latter lacked innovations compared to the previous generation, and was mainly content to improve many already existing points. However, it will be necessary to wait several months before being fixed since the new iPhone 14 should not see the light of day before the end of the year 2022.

Will the apple brand reproduce its plan to offer several versions available? As a reminder, the previous iPhone 12 and 13 were offered in mini, Pro and Pro Max versions. This notably enabled Apple to offer products accessible to the greatest number according to the needs in size, photo technology and storage space. Discover the various rumors as well as the information already available about the iPhone 14.

What will the release date of the iPhone 14 be?

At present, no specific date has been officially confirmed by Apple. However, it is not too difficult to project, the firm having had a very established schedule for several years. Traditionally, Apple has two major conferences per year. The first, called WWDC, is primarily intended to present new software such as new updates for the operating systems that equip your Apple devices. It is also, during these conferences, that the next versions of iOS are unveiled, as was the case in June 2021 with iOS 15.

The second conference is the one that interests us here. Apple’s traditional end-of-year Keynote allows the manufacturer to unveil its upcoming new products. The main star of these conferences is always the new iPhone. We can therefore already imagine that the iPhone 14 will be unveiled in the middle of September, for a release in the days that follow.

What will the price of the iPhone 14 be?

Apple was able to surprise in 2021 by unveiling a variety of different iPhone 13 whose characteristics seemed a bit superior to those of its predecessor, while keeping the same price list. If the company decides to keep this momentum, it could well be that the next range of iPhone 14 also has the same prices, namely:

Information to be taken with a grain of salt, since according to tech specialist Mark Gurman, Apple could well upset its range of devices for 2022, by giving up the mini model. Pending further information, it is still possible to benefit from the previous iPhone 13, the first promotions of which should soon arrive.

Will we have an iPhone 14 mini?

This is one of the many questions that remain unanswered concerning the next iPhone 14. As a reminder, the iPhone 12 mini had very disappointing sales for Apple, despite good performance and a very practical small size. The firm still tried again by unveiling in September 2020 a new iPhone 13 mini whose ambitions remained the same as on the previous generation: to offer a classic iPhone in a reduced model and at a more accessible price. We will therefore have to wait to see if the public is more seduced by this new version compared to the previous one.

According to the specialist journalist Mark Gurman at Bloomberg, Apple would study the idea of ​​again offering four different models of iPhone 14 for 2022. The company would however skip a mini version and instead present another more high-end model : the iPhone 14 Max, which would be between the classic 14 and the 14 Pro.

Barring a real surprise, it would be surprising if Apple did not unveil a new iPhone 14 Pro Max by September 2022. These very high-end models, see premium, initiated with the iPhone 11 Pro Max, allow you to take advantage of all of Apple’s advanced technology for an optimal experience on a smartphone of the brand. As a reminder, the iPhone 13 Pro Max notably had an additional photo sensor dedicated to the telephoto lens, a larger size, and an unprecedented storage capacity of 1 TB. According to several journalists and specialist insiders, Apple would try the same again. strategy in 2022, by offering a new iPhone 14 Pro Max with high performance characteristics.