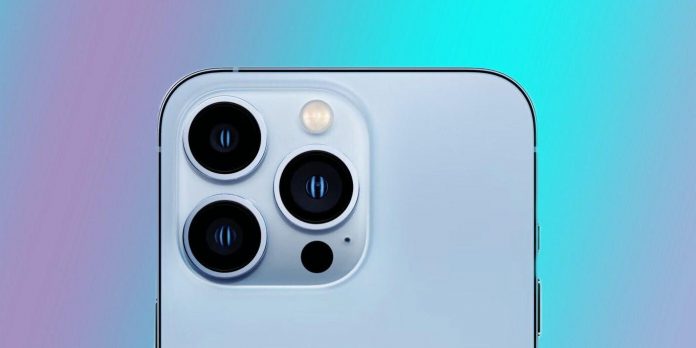 Apple is reportedly facing quality control issues with the iPhone 14 rear camera lenses, but this is unlikely to affect production for the most part. The iPhone 14 series is expected to launch in September along with the Apple Watch Series 8, the updated Apple Watch SE and AirPods Pro 2. Apple is also expected to release a new HomePod smart speaker and updated Apple TV hardware this year, but it’s unclear if they’ll be released alongside the iPhone 14 or later this year alongside the next-gen Mac.

The iPhone 14 lineup will be an upgrade from last year’s iPhone 13 series and is expected to consist of four models, as in the last couple of years. However, unlike previous years, the “mini” is likely to be replaced by the larger “Max” model due to the growing preference for large-screen phones. By all accounts, the four Apple models this year will be the iPhone 14, iPhone 14 Max, iPhone 14 Pro and iPhone 14 Pro Max. While the iPhone 14 and iPhone 14 Max will be lower-end offerings, the two “Pro” models are rumored to offer faster hardware and a cut-out-less design.

According to TF International Securities analyst and well-known Apple informant Ming-Chi Kuo, the rear camera lenses in the iPhone 14 suffer from “coating quality problems”, which forces Apple to change suppliers. According to Kuo’s tweet, Apple transferred about 10 million orders for lenses from the Chinese supplier Genius to the Taiwanese company Largan to prevent production disruption. Kuo also stated that the quality control issues should be resolved within a couple of months, but if this does not happen, Apple will place more orders with Largan in the future.

The iPhone 14 production faces other challenges as well

Cracking of the lens coating is the last problem affecting the production of the iPhone 14, but, of course, not the only one. Last week, Kuo reported that several suppliers of panels and memory modules are experiencing a shortage of components. However, the problem is likely to have a limited impact on production, as Apple has brought in other suppliers to fill the supply gap. In addition, reports indicate that mass production of the iPhone 14 series will begin next month, so Apple hopes to solve all the problems over the next few weeks to avoid production disruptions.

It is expected that the iPhone 14 line will be presented in two different designs. While the basic iPhone 14 and 14 Max are expected to retain the old and outdated notch design that debuted back in 2017 with the iPhone X, the more premium iPhone 14 Pro and Pro Max will have a more modern hole punch and tablet cutout. to place a selfie camera and Face ID sensors. The Pro and Pro Max will also get the new A16 Bionic chipset, while the two base models will have to settle for the older A15 SoC, which is used in the iPhone 13 lineup. The iPhone 14 Pro models will also be equipped with a new 48 MP main camera, which will replace the 12-megapixel sensor on the iPhone 12 and 13 models.

This was the Green Lantern Of The Snyder Cut That We...