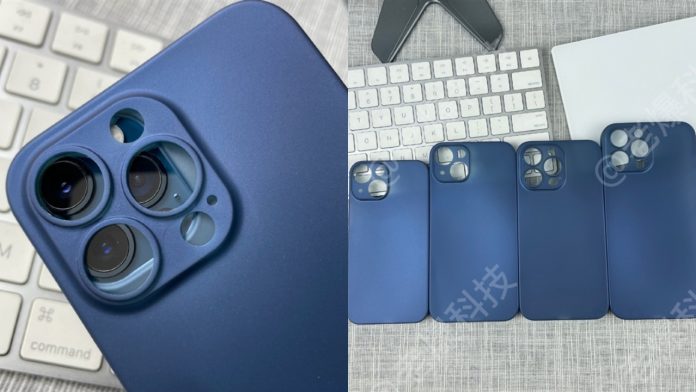 According to the prominent information, the iPhone 13 series; It will come as iPhone 13 mini, iPhone 13, iPhone 13 Pro and iPhone 13 Pro Max. The company will continue the quartet ranking in the iPhone 12 series on its new smartphones. While the design of the devices has appeared in many render images before, this time the image of matching cases has emerged.

According to the images above, the iPhone 13 series will come with a refreshed camera module. As mentioned in previous news, the dual camera array of the iPhone 13 and mini model will have a unique design. The rear camera of the iPhone 13 Pro models is also quite surprising. Because when we look at the picture, it is possible to see that there will be a very large camera module on the back of the device.

Apple will keep the rectangular triangular frame module design, as in the iPhone 12 series. But the iPhone 13 will make this size a little larger. If you look carefully, the camera has been adjusted to cover almost half of the back. Of course, it is a matter of curiosity how this will present the users.

If we come to the introduction date, Apple will launch these highly anticipated phones in September if there is no setback. These phones, which will come with an ambitious processor, will also receive major upgrades on the screen and camera side.