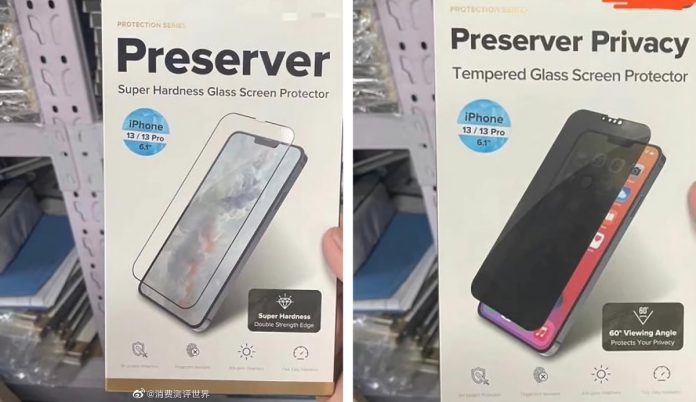 Apple is expected to introduce many new products at the event to be held in September. The screen sizes of the iPhone 13 were tried to be estimated with the previously revealed case. There is also a growth in camera setup. In the new image, the screen protectors of the iPhone 13 and iPhone 13 Pro appeared. Although it is seen as a simple thing, it offers us some details.

The most interesting thing to note, by the way, is the way the handset is presented. Apple seems to have moved the handset a little higher on the iPhone 13s and reset it to the bezel of the device. In this way, they were able to make the screen notch a little smaller. It is stated that Apple has a long way to go before the notch disappears completely.