A Weibo user tested the fast charging value of the iPhone 13 Pro Max, which is described as 20W, using a meter.

The new iPhone family was introduced at the Apple event held on September 14. The highest fast charging value of the iPhone 13 Pro Max, the most powerful member of the iPhone 13 series, was measured by a Weibo user.

Apple, which offers fast charging technology to its users late compared to other brands, came up with a new claim.

The iPhone 13 family, which was introduced in the past weeks and came to the fore with the number of pre-orders, is eagerly awaited by many users. 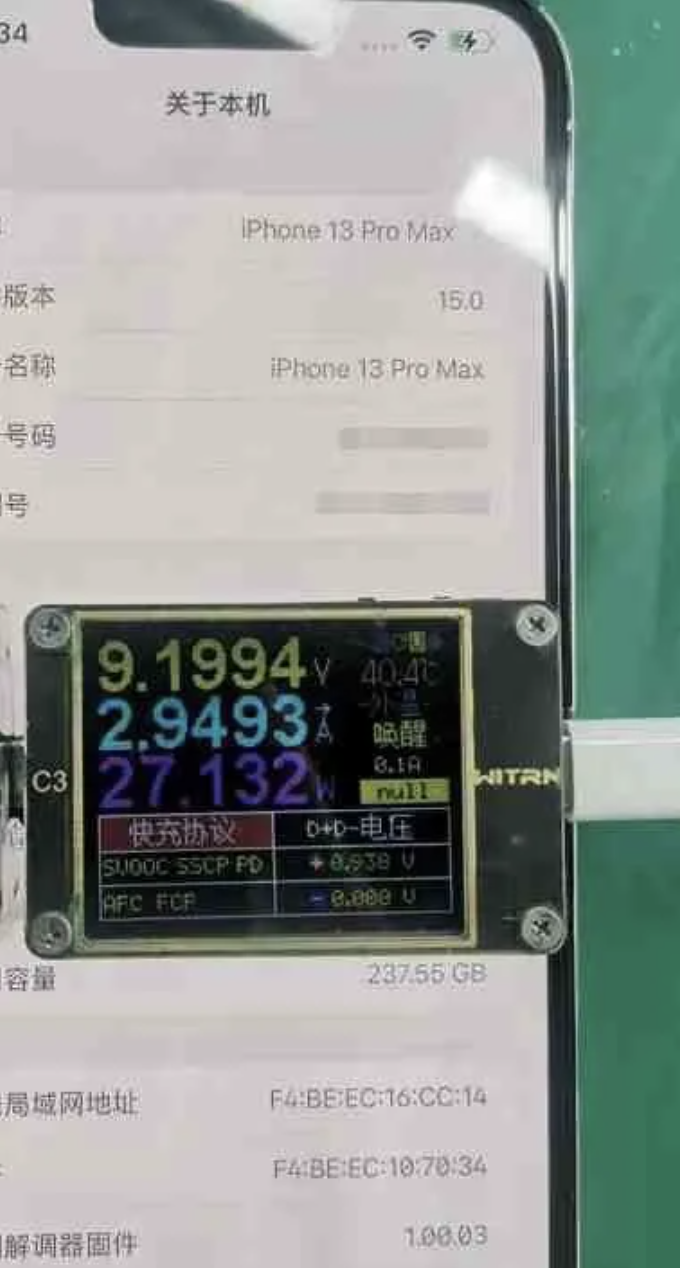 The A15 Bionic processor, which is very assertive in both performance and power consumption, allows the iPhone 13 series to have a longer battery life than the previous generation.

According to the announced data, the power drawn by the iPhone 13 Pro Max, which has 20W fast charging and 15W wireless charging, surprised many people.

A user discovered that the device was charged with 27W power during the charging process, which exceeded the official values. The post, which was shared on Weibo, China’s social media platform, spread to many media in a short time.

Some users stated that this value can be achieved for a short time due to Apple’s claim to charge the iPhone 13 series to 50 percent in 30 minutes.

Unfortunately, the accuracy of the value displayed by the device used and whether the photo is fake is unknown. However, Apple seems to have limited the iPhone 13 family to 20W while it can offer users 27W fast charging technology.