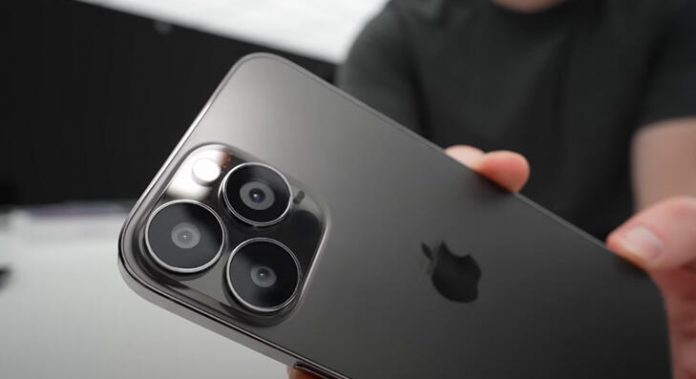 The video shows a larger rear camera bump on the iPhone, a smaller notch, and a slightly thicker body. Recently, some images of the iPhone 13 Pro have also surfaced, showing a smaller notch and larger rear camera sensors. The iPhone 13 series, which we expect to meet in the fall, is believed to reduce the notch area and include better cameras. Apple will introduce the new iPhones later this year in September or October.

The new video comes from well-known YouTube producer Lewis Hilsenteger and his channel Unbox Therapy. The producer uploaded a video of an iPhone 13 Pro Max mock-up that reveals the new design. Significant design and hardware changes compared to the current iPhone 12 Pro Max are seen with the rear cameras and notch. It is also noteworthy that the model is slightly longer and thicker than the current iPhone.

Hilsenteger also removed his tape measure to see the difference between the notch design. It found that the new design significantly reduced the notch size. This handset speaker was made by moving it to a new location at the top of the phone. In the current iPhone 12 Pro Max, Face ID technology, front camera and headset are inside the notch. That could change with the upcoming iPhone 13 lineup. It is not possible to verify the authenticity of this model, so it is a good idea to be skeptical of what is shown in the video.

It is also said that the iPhone 13 Pro variants will have advanced displays that offer 120 Hz refresh rate and use LTPO technology. In addition, the Apple A15 Bionic chip, larger capacity batteries, up to 1 TB of storage space and a LiDAR sensor are among those expected in the new models. There are also rumors that the new iPhones will have under-screen fingerprint scanners. We will see more details and leaks about the new phones that are starting to be expected in the coming weeks.