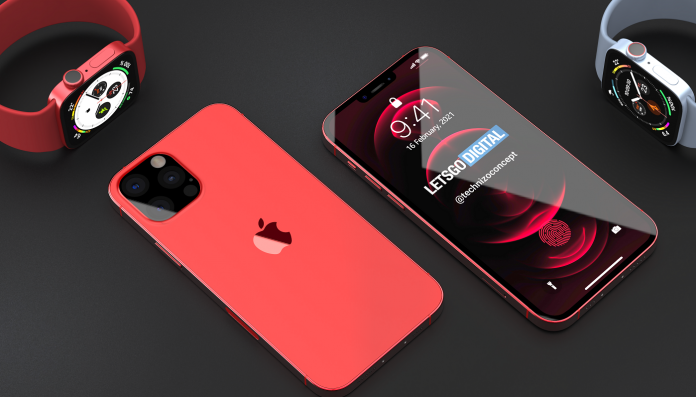 With the development of technology, smart phones have become a part of our daily life that covers a large area. This situation naturally causes the curiosity for new smartphones to increase. The designs, technical details and different information of smartphones are also revealed by some people or institutions with various claims before they are launched. The same has happened today for the iPhone 13 Pro, which is planned to be released in the coming months.

One of the most anticipated smartphone series of recent times is undoubtedly the iPhone 13 series. A graphic designer named Technizo Concept collaborated with LetsGoDigital and revealed the design of the iPhone 13 Pro, which will be the most powerful model in the series. In doing so, the team used information about the iPhone 13 Pro before and designed the phone according to this information.

Here is the concept design of the iPhone 13 Pro:

The new iPhone series, which is expected to be called iPhone 13 or iPhone 12s, will look like this. The resemblance of the device to the iPhone 12 may indicate that the name of the series will be ‘iPhone 12s’. On the front of the device, there will be an advanced AMOLED display with 120 Hz refresh rate. The fingerprint scanner to be found in the new iPhone series will also be embedded in this AMOLED screen.

On the back of the device, we see a rectangular camera setup, as we have seen in the last iPhone series. In the published photos and video, we can see that the new iPhone is available in purple, yellow, cream, red and black.

In addition, Technizo Concept states that Apple will definitely release a model that will undergo a very important structure and design change. This change is the removal of the wired charging input that we have seen in many smartphone concepts recently. In this way, it is aimed that the devices are more resistant to water and dust.

All about PS Plus star Destruction AllStars