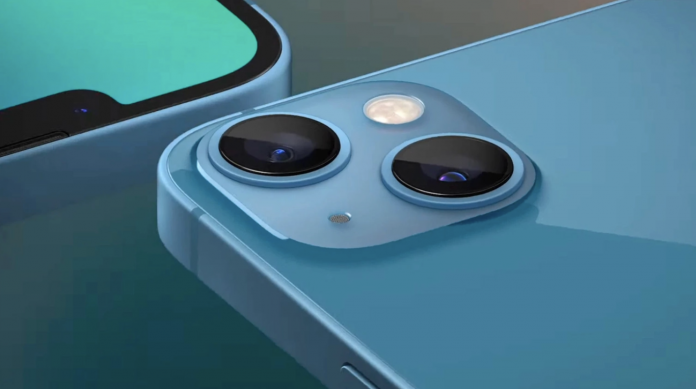 Apple held its September 14 event and the highly anticipated iPhone 13 series was introduced. Various claims were made about the number of models before the introduction, but Apple, which kept the strategy it implemented last year, came up with four models, namely iPhone 13 Mini, iPhone 13, iPhone 13 Pro and iPhone 13 Pro Max. Here are all the details, especially the iPhone 13 Mini features and price!

Apple, which introduced the concept of Mini, which it has been using in iPads for a long time, for the first time on iPhones with 12 Mini last year, received great acclaim and surprised sales. Despite being a powerful and affordable option, sales of the 12 Mini did not reach the expected level and production of the device was stopped in recent months.

Apple’s share in the low demand is quite high. Because there are many factors such as a more limited advertising budget compared to other models and not highlighting the device. These are a separate topic of discussion, so let’s put all that aside and take a look at what’s new with the iPhone 13 Mini.

Powered by the Apple A15 Bionic processor, the iPhone 13 Mini is currently a model that can easily take the title of smartphone that offers the highest performance for its size. The phone, which has a 5.4-inch screen similar to the previous model, 12 Mini, comes with a battery with a capacity of 2406 mAh.

To explain the innovations offered with the iPhone 13 Mini, away from technical details;

To start with the design: There is no big difference between the iPhone 13 Mini and the previous model, the 12 Mini. Although the screen notch is slightly smaller, it is not easy to distinguish the device when viewed from the front. However, the two cameras on the back are now positioned diagonally, not one behind the other.

In this way, it becomes very easy to distinguish the iPhone 13 and 13 Mini from the back. Although the screen size is the same, there are serious improvements.

Although the ProMotion screen in the Pro series, which offers a refresh rate of 120 Hz, is not included in this device, it is obvious that the screen is at a very good level compared to its competitors. The notch of the 5.4-inch OLED display is 20 percent smaller than the previous model. The screen, which can offer 28 percent more brightness, can increase to 1200 nits in HDR content.

The new OLED display, customized by Apple, offers great advantages in power consumption and supports all current technologies such as Dolby Vision, HDR10 and HLG.

The storage space of the device no longer starts from 64GB, but from 128GB. Today, when we are talking about 4K 60 FPS and even 8K resolutions, Apple should have taken this step a long time ago. In addition to 128GB, you can choose between 256GB and 512GB. 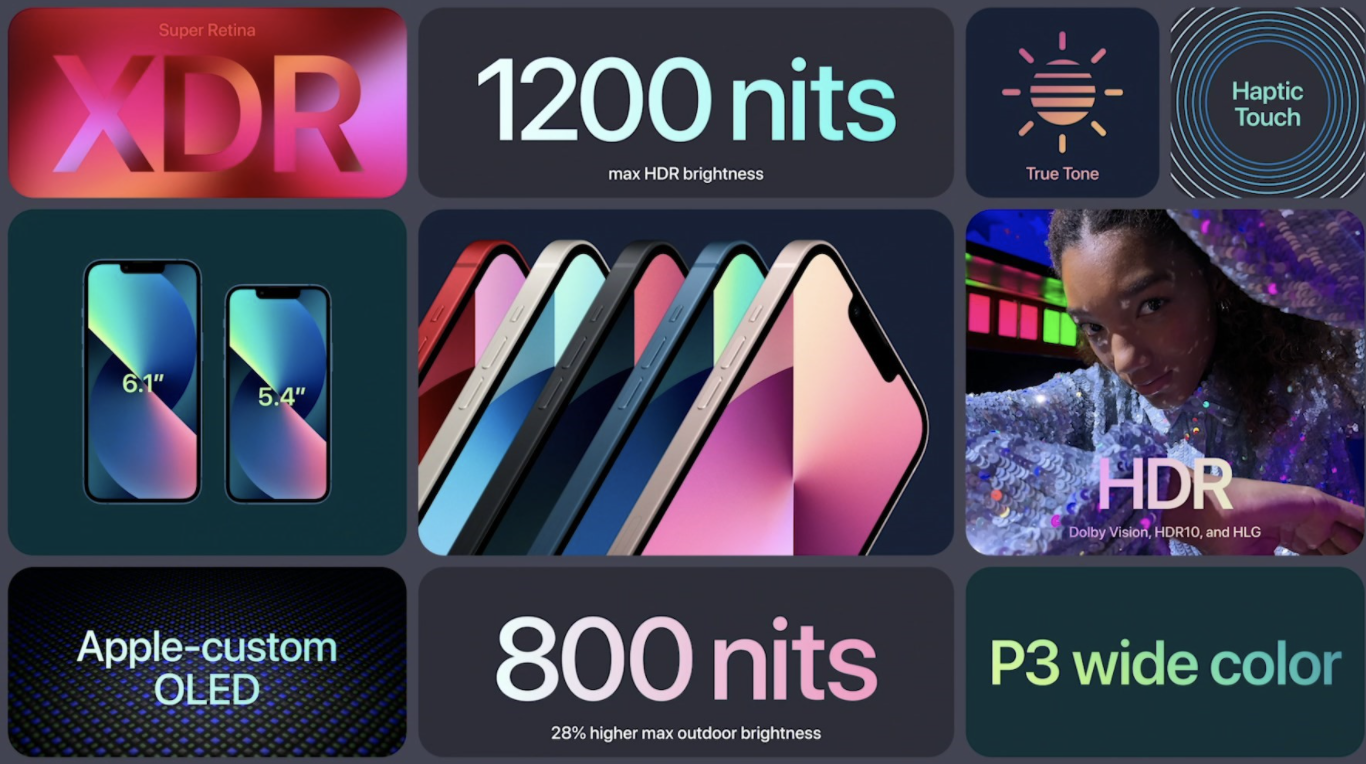 Similar to the previous models of the series, there is no difference in the processor in the iPhone 13s. All devices are powered by the Apple A15 Bionic processor. Going beyond the performance issue and now focusing on topics such as artificial intelligence and machine operation, Apple offers much more power than the maximum level that users can push the device.

Produced with a 5 nm fabrication process, the Apple A15 Bionic has a total of 6 cores, two high performance and four efficiency cores. 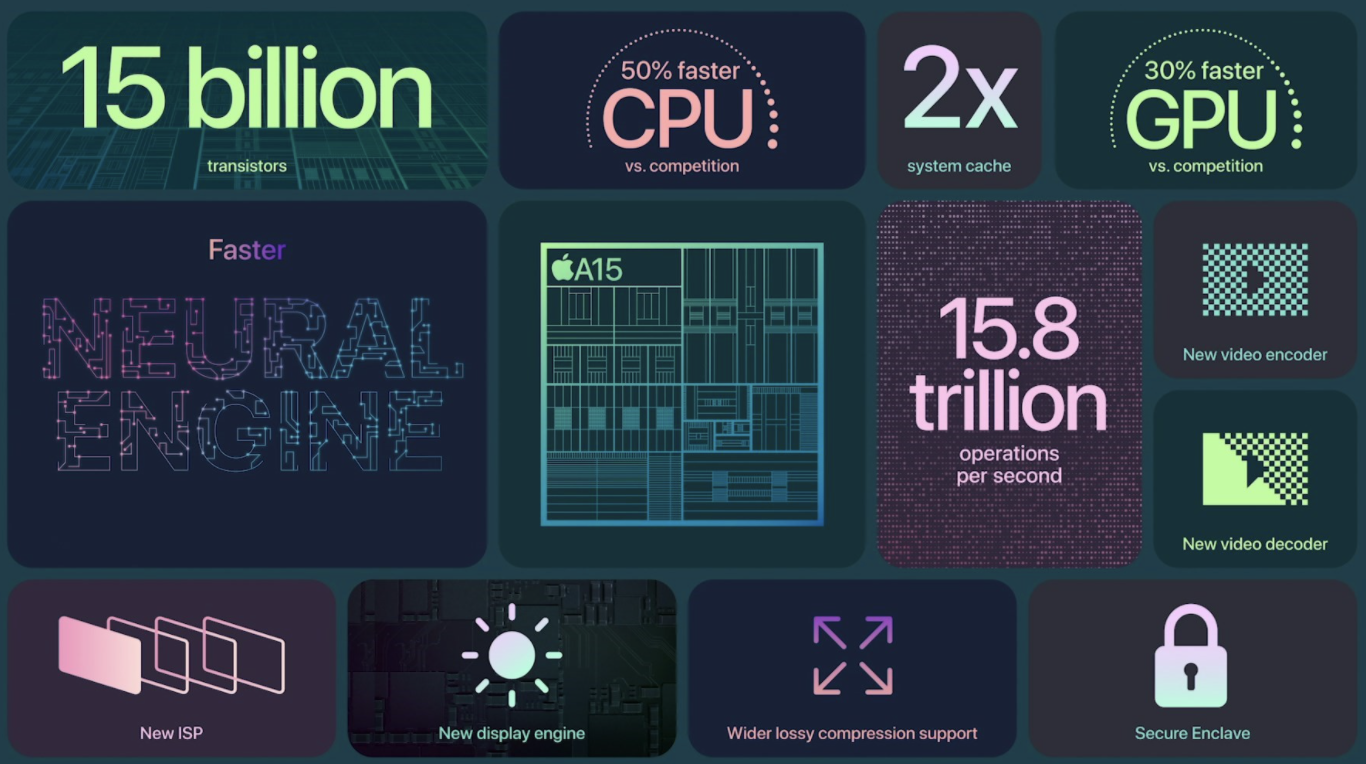 Similar to the 12 Mini, the iPhone 13 Mini comes with 12 Megapixel cameras. The wide-angle main camera with f / 1.6 aperture can receive 47 percent more light.

The 13 Mini also comes with a larger battery, similar to the other models in the series. However, Apple, which did not break the tradition, did not reveal the RAM and battery capacity at this event. Previous leaks showed that the device had a battery with a capacity of 2406 mAh. The iPhone 12 Mini has a 2227 mAh battery.

The fact that Apple offers 1.5 hours longer battery life confirms these values. When the battery capacity is officially announced, we will share it directly with you.

Microsoft Announces: What is Project Reunion?