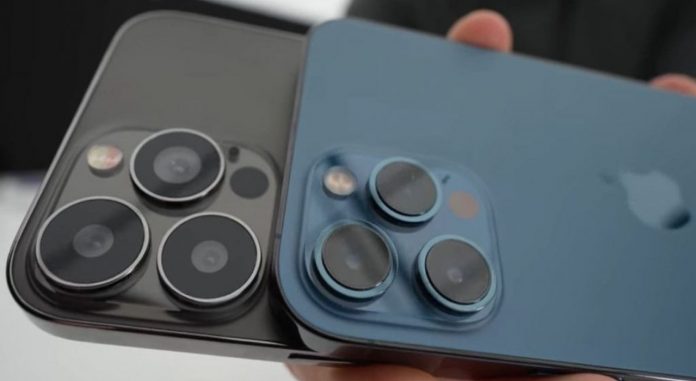 iPhone 13 series began to gain clarity. A new claim has emerged for the LiDAR sensor on iPhone 13 Phones.

Apple; It will launch the iPhone 13 series in September, which is expected to consist of at least three different members, Pro, Pro Max and one base model. In this context, while two months are left for the promotion, the leaks do not stop. We have already learned about the camera features, color options and some design details of smartphones.

In some previously shared reports, it was claimed that Apple will introduce the LiDAR sensor, which it has placed in its latest Pro models, on all iPhones this year. In addition, it was said that its internal memory will increase up to 1 TB. There were other reports that denied these reports. However, analysts repeated their claims once again and stated that they were correct.

According to Daniel Ives, an analyst at Los Angeles-based investment company Wedbush, Apple will include a LiDAR scanner in all models of the iPhone 13 series. So if it turns out right, consumers will be able to use LiDAR on the flat iPhone 13, in addition to the Pro and Pro Max.

Leaks about the iPhone 13 series are not limited to this. According to information obtained by analysts from supply chain sources in Asia, the smartphone will have up to 1TB of internal memory. But whether this will happen in all models or in some remains a mystery for now. Apple has never used this much storage in any iPhone series before. If it is correct, the iPhone 13 will be a first in this sense.

It will make you smile about charging

Almost all smartphones produced today have fast charging. At this point, the Android ecosystem is way ahead. Because while mass production continues for technologies that can reach 100 to 120W, devices that support up to 200W are expected to enter our lives soon. When it comes to iPhone, the situation is a little different.

The fast charging technology developed for iPhones so far can go up to a maximum of 20W. But according to reports, this number will rise in the iPhone 13 series. The phones will be able to fast charge up to 25W.

What is LiDAR, which has entered iPhones after iPad?

The LiDAR scanner first entered the lives of Apple users with the 2020 iPad Pro. With the iPhone 12 series introduced last year, it met with Pro and Pro Max owners. It is possible to translate LiDAR, namely Light Detection and Ranging, as Light Change and Detection. This scanner can detect the distances and depths of objects in front of the camera much more clearly. Thus, a 3D digital map can be prepared.

Even NASA’s various planetary exploration vehicles use LiDAR technology. With the iPad Pro 2020, Apple brought this technology to the mobile world. It continues to be used on iPhones as well.

Revealed That A Hacker Has Been Transforming D-Link Devices To Botnet...