Home Tech iPhone 13 appeared in the famous Apple series! Here is that scene 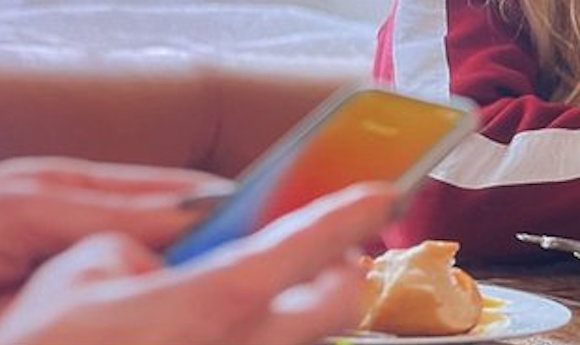 The famous comedy series Ted Lasso, broadcast on the Apple TV + platform, attracted all eyes with its last episode. In one scene of the series, the highly anticipated iPhone 13 model was reflected on the cameras for the first time.

The series, starring Jason Sudeikis and Hannah Waddingham, appeared before the fans with its second season, which will consist of 12 episodes, on July 23, after its successful first season. The production, which has already been approved for the 3rd season, brought Apple to the agenda with the latest marketing move.

iPhone 13 was a guest in the Ted Lasso series!

There was a big surprise for the audience in the episode called Signal, written by Brett Goldstein and directed by Erica Dunton. In a dinner scene, including the character of Ted Lasso, the audience encountered an iPhone 13 without a notch. The device appeared on the cameras twice in the same episode.

We first saw the notch design on Apple devices on the iPhone X model. However, leaks suggest that the company will shrink the notch on new iPhones. Although what appears on Ted Lasso is that the company has completely removed the notch, it is claimed that the small notch was deleted during post-production.

In another scene, Ted Lasso shows us the back of the iPhone 13 device. The vertically placed camera setup hints that the model reflected on the cameras is the standard version of the series.

But is it really that phone, the iPhone 13?

Although Ted Lasso fans believe in this idea on social media, the device on stage may not really be the iPhone 13. The rear view of the device reminds us of the iPhone 12. The image taken from the front, on the other hand, is interpreted as the same device with a make-up and removed notch.

On the other hand, with so little time left for the launch of the new iPhone; It is considered a significant claim that Apple might want to carry out such a PR work. Also, as a reminder, the first iPad model appeared in the Modern Family series a few days before it was released in April 2010. For this marketing work in the 19th episode of the 1st season of the production, Apple did not make any payments to the producers of the series and a mutual agreement was reached.

But what do you think about the allegedly iPhone 13 device in the Ted Lasso series? Don’t forget to share your ideas with us in the comments section!

Announced How He Lost All Ethereums In 100 Seconds