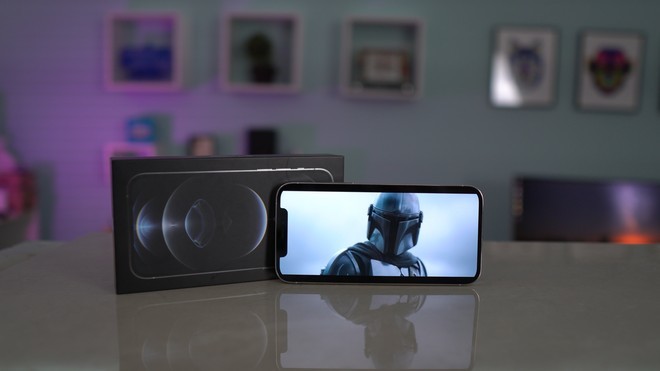 The iPhone 12 Pro is the most popular model in Apple’s new line of smartphones. Usually the middle model was the one that least caught the public’s attention, but that changed. What’s so special about him? Is it really better than its biggest rival: the Galaxy S20 Plus? This TudoCelular comparison will answer these questions and help you choose which cell phone to buy.

We started with design and the choice may seem simple. The iPhone looks dated with its giant notch that looks even bigger when you place it close to the small hole for the Galaxy’s selfie camera.

The Apple model has straight sides and a flat design, while Samsung bets on a body with smooth curves to make your phone more comfortable to hold. If the 12 Pro does not please the eyes of many, at least in finish it surpasses the rival. In addition to having more resistant glass to fall, its protection against water allows it to be dipped deeper.

If you want only the most compact and slim cell phone, then it is the iPhone that you should choose. In terms of technologies it stands out for the 5G, which is absent in the national version of the Galaxy S20 Plus. There is also the LiDAR scanner for augmented reality, which we will talk about later.

For now, we begin the comparison with the first point for the iPhone.

The Galaxy has a bigger screen with a higher resolution and a refresh rate of 120 Hz. These features may be enough for many people to choose the Korean top instead of the rival. It is really a pity to see that Apple did not adopt a more agile panel in this generation and we were limited to just 60 Hz.

If you don’t care about pixel count or high fluidity, the iPhone’s screen achieves brighter brightness and has the same infinite contrast as its rival. HDR10 and Dolby Vision are supported, which ensures greater compatibility with streaming services. In color, both screens show vibrant tones, but the 12 Pro brings better native calibration.

There is stereo sound with both and we have the same sound power. The difference is that the audio on the iPhone brings a better balance between bass, mids and treble. It turns out to be a better choice for those who listen to a lot of music on their cell phones, but both are good for videos and games. The advantage of the Galaxy S20 Plus is in the headset that comes with the device, which besides being comfortable has good quality. Apple already removed the accessory in this generation.

We draw in multimedia.