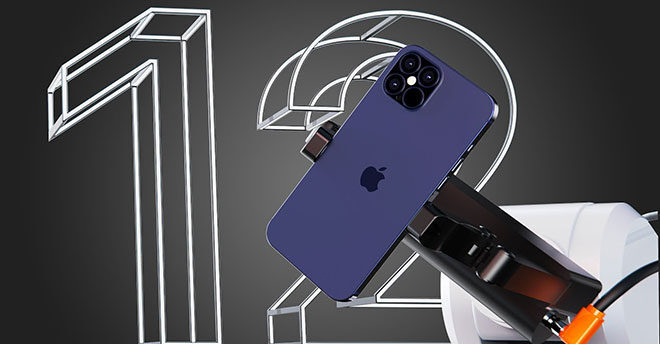 There is still a long time for Apple to introduce new generation iPhone models, but information about the new iPhone models continues to be revealed. According to a new claim, the iPhone 12 Pro will have a 120 Hz display.

Apple uses a technology called ProMotion on its tablet iPad Pro. Offering a 120 Hz screen refresh rate, this technology allows the content to be smoothly scrolled and moved. It looks like this technology will not only stay on iPad Pro.

A YouTube channel called ‘EverythingApplePro’ conveyed the latest information about the iPhone 12 Pro with the information it received from XDA author Max Winebach. In the video, he stated that the ProMotion technology will also take place on the 6.7-inch OLED screen of the iPhone 12 Pro.

Apple engineers want to use a 120 Hz display that will automatically change between 60 Hz and 120 Hz refresh rate, according to claims made by sources. In this way, the battery life will be preserved. However, because ProMotion consumes much more power, it is necessary to say that Apple cannot just lean on optimizations and will need to use a larger physical battery.

We can say that this new claim that has been revealed actually confirms each other with the previously revealed information. Ice Universe said in July last year, “Apple is considering a 60Hz / 120Hz changeable screen refresh rate on 2020 iPhones. He is conducting talks with Samsung and LG. ”

Another point expressed in the video is about Face ID. Face ID will be developed to work at wider angles and will have a better face tracking. There will also be a small shrinkage in the notch of the iPhone 12 Pro. In addition, the Navy Blue color option will replace the Night Green color option.

Looking at the camera side, the iPhone 12 Pro’s camera will remain 12 MP, but slightly larger. There will also be improvements in low light photos like auto focus and Night Mode. Looking at the telephoto lens side, it will have 3x optical zoom and support for Night Mode pictures. In addition, the new generation iPhone flagship will have the LiDAR sensor, just like iPad Pro.