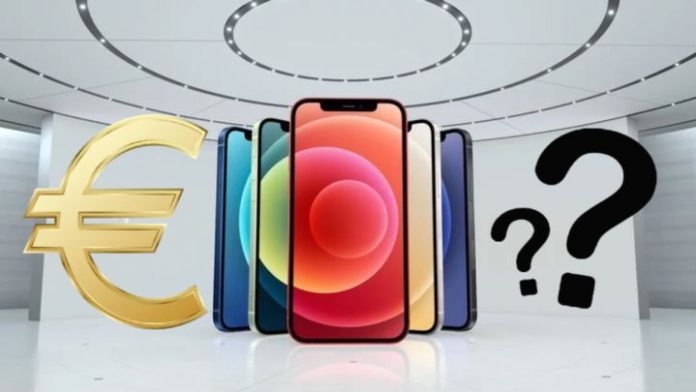 The price of manufacturing a device is always different from the price it has for sale to the end customer. As a general rule, if making a smartphone costs 300 euros, you try to sell it at 400 – 600 to make a profit, since if the sale price is higher than the manufacturing price, you lose money – for example Sony with its PlayStation 3, that the starting price had a higher manufacturing price than the retail price.

The ‘Bills of Materials’ (BoM) or Cost of Materials is the value of raw materials and other less important materials, which are used in the production process of an object. In this way, materials can be classified as direct (raw material) or indirect (other materials used).

The cost of the materials used is calculated by multiplying the quantity used by the specific price of each material. Using this method, the various purchase prices are added together and this sum is divided by the total number of purchases to determine the average cost per unit.

How much is an iPhone 12 worth?

If you go to the Apple website, the iPhone 12 is officially worth 909 euros, but how much does it really cost to make it? Asia-based market research firm Counterpoint Research has asked this very question. And also if making an iPhone 12 is more expensive than other previous Apple terminals. The result of that investigation is the following:

According to the Counterpoint report, “to produce a 128GB iPhone 12 mmWave smartphone will cost Apple up to $ 431 (352 euros), 26% more than the iPhone 11,” according to the latest analysis of the list of materials and components. made by the analyst firm. Despite the savings of more than $ 27 (€ 22) due to the simplified RF design, “the BOM cost of the less than 6 GHz model for foreign markets still increased by 18%.”

The cost of mixed materials for the iPhone 12 with 128GB NAND flash is almost $ 415 (€ 339), which is a 21% increase over its predecessor. The 5G application processor, 5G baseband, display and RF components “represent the main areas of cost increase.”

The improvements of the A14 Bionic

Apple’s new generation of mobile processors, the A14 Bionic, contains a whopping 11.8 billion transistors, 39% more than the A13’s 8.5 billion. This provides a great performance improvement in aspects of the terminal such as the CPU, the GPU and the neural engine. But given the much higher cost of its materials – using 5nm components costs almost double that of 7nm-, it is estimated that “only the application processor introduces a cost increase of more than $ 17 (13.8 €) ”.

“Our analysis also suggests that Apple’s own design components, including the A14, PMIC, audio and the UWB chip, account for more than 16.7% of the total cost of the BoM,” or cost of materials.

The return of Qualcomm

Apple’s latest mobile launch also brings back the technical aspects of Qualcomm, whose chipsets dominate the Android mobile market of all ranges. In addition to the SDX55M 5G baseband, Qualcomm also provides the paired transceivers and discrete RF components for the sub-6GHz and mmWave versions.

For the iPhone 12, “Qualcomm will be the second largest supplier of electronic components after Samsung Electronics”, which we also bring up precisely because of one detail: the screen.