The Apple MagSafe charger was recently spotted going through Anatel’s homologation process, something that may indicate that the launch of the iPhone 12 line in Brazil is very close to happening, since this is the second accessory linked to the new top of the line to go through National Telecommunications Agency.

Launched with the iPhone 12, 12 Mini, 12 Pro and 12 Pro Max, the accessory aims to be an alternative to the plug charger removed by the Cupertino giant from the packaging of the new models. However, unlike the old equipment, MagSafe is a wireless option, giving even more technology to users of the new generation of iPhones.

The main differential of the product is the magnetic connection to the iPhone, making it so reliable that it has already become an attraction for those who can invest in the accessory. It features fast 15W charging, which is little compared to wireless chargers for Android, but promises to meet the expectations of Apple customers, as iPhones have less battery capacity than major competitors, so the recharge time ends up being even smaller.

In the record found at Anatel, MagSafe is identified by the model code A2140, allowing users to create even more expectations regarding the arrival of both the accessory and the iPhone 12 line in Brazil, something that has been taking longer than expected, taking account of previous years. 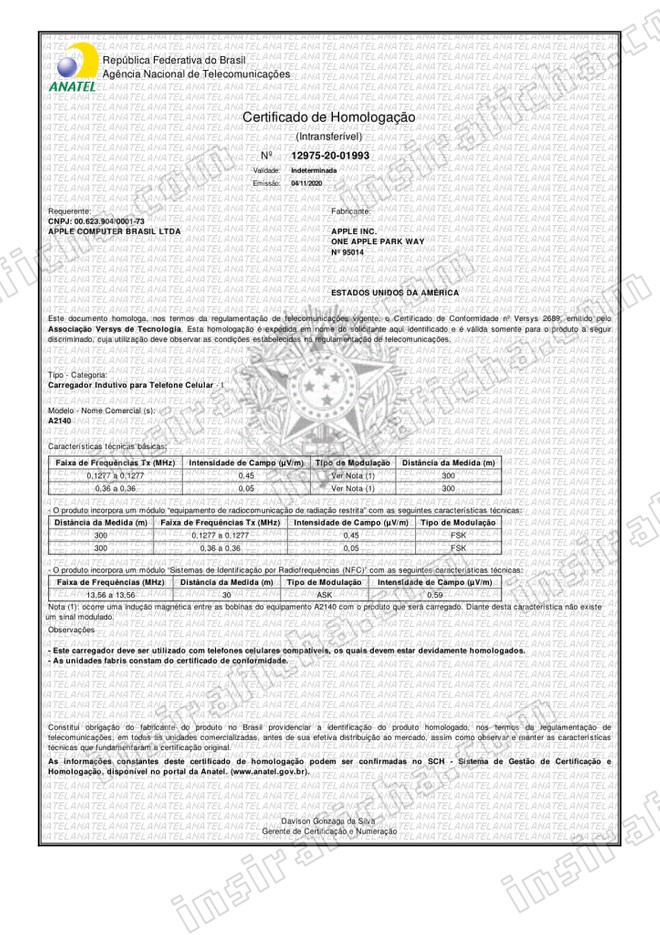 Even without a photo, there is no doubt that this version of MagSafe is the one focused on iPhones, as it is described in the “Inductive Cell Phone Charger” documentation, since there is also a model for Apple Watch.

The best Android games of 2020 have been announced

Iris Mittenaere shares her secrets for a party makeup look!

How to print part of the screen in Windows 10