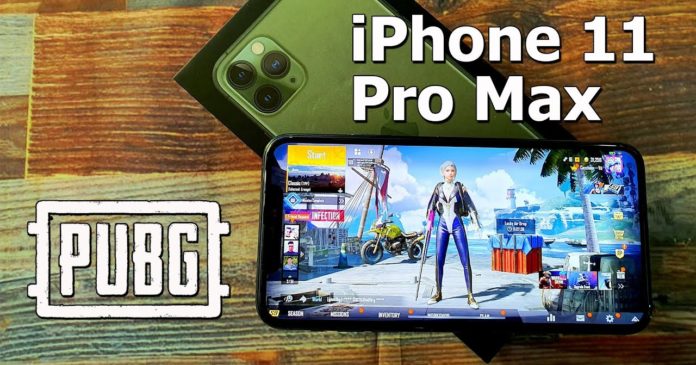 PUBG Mobile, which will close its 12th season next week, has launched a great event for the players on this occasion. Players who will have the right to shake trees twice a day within the scope of the Lucky Money Tree event will have the opportunity to win in-game gifts as well as iPhone 11 Pro and AirPods.

With its debut, it upset the balances in the mobile game world; PUBG Mobile, which continues to be popular today, shared when the new update will come in its announcement today. The announcement said that the 0.18.0 update to the game will be released on May 7.

According to the announcement for PUBG Mobile, the game will successfully close its 12th season the following week. This is exactly why PUBG Mobile has launched a nice event to celebrate the closing of the 12th season. With the ‘Lucky Money Tree’ event, players will have the opportunity to win beautiful, in-game and real gifts.

Opportunity to win iPhone 11 Pro and AirPods:
The Lucky Money Tree, which will run from April 28 to May 2, will give players the right to shake trees twice a day. While some of the gifts in the tree are in-game items, real gifts will find a place. Players shaking the tree will have the opportunity to win an iPhone 11 Pro smartphone and two AirPods headphones, as well as in-game items.

Users who managed to drop one of the iPhone 11 Pro or AirPods by shaking the tree under the Lucky Money Tree in PUBG Mobile will need to provide their address information to receive their gifts. The gifts will be sent to the winners’ addresses.

Although they have the right to shake two trees every day, both of these rights are obtained differently. The first shake right is granted to every player who enters the game, while the second right can be obtained by completing a task offered by PUBG Mobile. Of course, these tasks will not be very difficult tasks.

Users who cannot drop iPhone 11 Pro or AirPods from the tree in the Lucky Money Tree event will still have nice gifts in the game. Players who shake the tree 2 times every day for 4 days and shake 8 times in total will have a unique costume that can be used in the game.

How to watch BTS Map Of The Soul ON: E concert...

Why do they accuse Apple Card of macho?

Miley Cyrus absent from the 2020 Grammy Awards: the reason revealed!

Xbox Series X news to be revealed in another way