Diving enthusiast Clayton Helkenberg and his wife Heather found an iPhone 11 at the bottom of Harrison Lake in Canada. The smartphone that had been waiting in the depths of the water for six months stunned everyone.

The Helkenberg couple has a small channel called Aquatic Monkey on the YouTube platform. The family, who shot diving videos here, sat on the technology agenda with the latest video they shared. Its contents, which soon became one of the most talked about videos of social media, include the fate of the Apple iPhone 11 device, which was stranded in water for months. Interestingly, the Apple phone in question manages to come out of the water with almost no damage.

Fatemeh Ghodsi, who lives in Vancouver, Canada, went to the lake in September to have fun. The young woman, who took pictures of nature in a pleasant morning, wanted to sail a little on the lake. However, just when he was getting on the boat, he lost his balance and dropped the iPhone 11 model phone into the water.

Fatemeh Ghodsi asked for help from the staff to recover her dropped device. But people around said that it was impossible to find the phone in deep water. The woman then gave up her lost phone. Ghodsi’s lost device was strangely found months later, after he bought himself a new iPhone!

Clayton Helkenberg, a diving man, often stops by Harrison Lake to explore the depths of the water. Clayton’s main purpose is to clean the garbage and debris at the bottom of the lake… However, in the last incident, the diver came up as the hero of an extraordinary rescue operation. The device of Ghodsi, who dropped his smartphone in the same lake 6 months ago, was brought ashore under the depths.

Clayton, who did the drying and dirt removal operations after removing the phone, captured all these moments on video. At the end of the video, the iPhone 11, which was waiting in the lake for 6 months, was successfully unlocked. The phone, which was never thought to be possible, only had a problem with the speaker system. Helkenberg removed the SIM card of the device and inserted it into another phone and thus found the real owner of the phone. Fatemeh Ghodsi unexpectedly got his old device months later.

It is already a known fact, thanks to the IP68 certification that the iPhone 11 is water resistant. But the interesting thing is that this certificate only guarantees protection at a depth of 2 meters for 30 minutes. So it could be almost a miracle that the phone has survived this long! 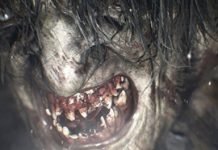 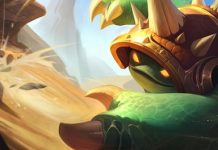 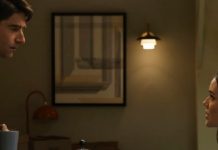 Wreckfest is coming to PS5 in June with more players