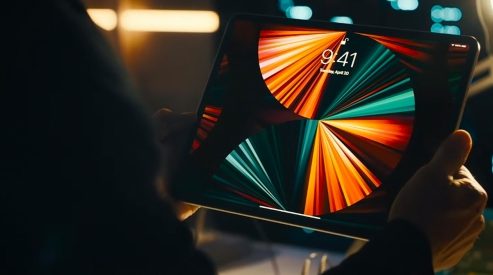 iPad Pro and many new products were introduced. Apple appeared as part of the Spring Loaded event held on April 20. In addition to products such as the iMac Mini and AirPods 3, which are powered by the Apple M1 processor and whose design has been completely renewed, the new iPad Pro ‘came with a big surprise.

It is likely that the first thing that comes to mind for those who hear the word big surprise is the mini-LED display. Yes, there are big improvements in the screen with the Liquid Retina XDR, but Apple’s surprise was the M1 processor.

In addition to the mini-LED screen, another development that brought the iPad Pro an era was the Apple M1 processor. IPads, which have always been equipped with mobile processors until today, have had a processor used in Apple’s computers for the first time. In this way, the iPad Pro, which is already quite strong, has carried its performance to the extreme.

Note: The above specifications are for the 12.9 inch model.

Thanks to the 8-core M1 processor, a 50 percent performance increase was achieved compared to the previous iPad Pro. Apple has come up with a new screen called Liquid Retina XDR.

Stating that all professionals from video editors to photographers will have high-level image quality and realistic colors thanks to this new screen, Apple compares this screen with the Pro Display XDR monitor.

On the back of the iPad Pro, there is a wide-angle main camera with a 12 Megapixel resolution f / 1.8 aperture and an ultra-wide-angle secondary camera with a 10 Megapixel f / 2.4 aperture. The device, which can zoom 2 times optical and 5 times digital, can record 4K 60 FPS video.

On the front, a 12 Megapixel camera was switched. Face ID is faster and the image quality is higher with this camera, which has an f / 2.4 aperture and a 122-degree angle of view.

The front camera can automatically zoom in on people during meetings, that is, it can track people.

The Thunderbolt port based on USB 4 technology also appeared with the iPad Pro 2021. In this way, the bandwidth was increased by 4 times and it became possible to reach 6K resolution by connecting the tablet to an external monitor such as Pro Display XDR.

Increasing the maximum storage option to 2 TB, Apple thus ensures that 60 thousand photos taken in ProRAW format can be stored on the device. In addition, the device has 16 GB of RAM.

Google Pixel 5 should hit the market with intermediate chipset and...