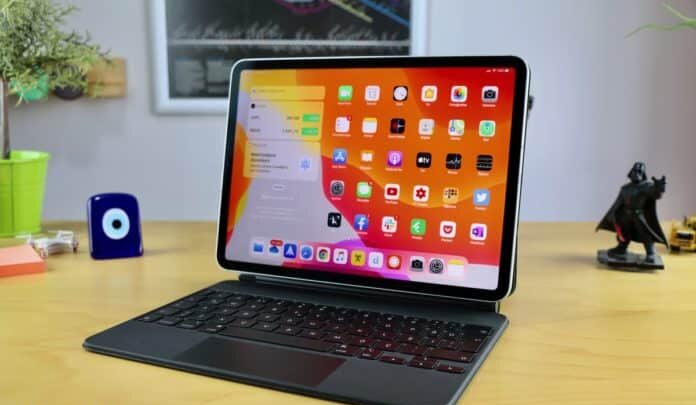 There are many rumors about the future of the OLED screen with the next generation iPad Pro. However, there is a new news that the screen technology in question will not come to Apple’s tablets before 2022.

Instead, it is said that a small upgrade will be made with the transition to Mini-LED screens, and a full-scale transition to OLED will be made at the end of a year. The claim in question is based on a source from the SamMobile site. The source in question states that Apple will give LG and Samsung the job of producing hybrid OLED panels to be used on iPad screens in 2022.

It is said that Samsung calls these screens “Ultra Thin”, that is, “Ultra Thin” panels. LG will prefer “Advanced Slim OLED” technology. With this screen technology, it is said that thinner screens will be produced than normal OLED screens. The essence of this technique is to create thinner OLED panels by combining a flexible film with a solid glass.

OLED may be exclusive to the higher priced iPad Pro lineup

The question is why Apple chooses to act within a limited time window instead of waiting for this update. If the news turns out to be true, it would be surprising how quickly Apple switched from one display technology to another.

However, it can be said that the Mini-LED, although not pure OLED, represents a serious update to the current LED technologies currently used in iPads. Since the transition to OLED has been completely made in the iPhone 12 series, it would be logical for Apple to perform the same transformation in the iPad series.

Still, Apple may not completely set aside the display technology it currently uses in iPads. In the future, we can see LED or Mini LED technology in cheaper iPad models, and OLED in more expensive products.

The only thing that’s clear so far is that there is still a lot we don’t know about the display technology of future iPad models. Of course, it is quite certain that OLED will emerge sooner rather than later, but the timeline still seems open to interpretation.

Windows 10: what was removed from the system in the May...