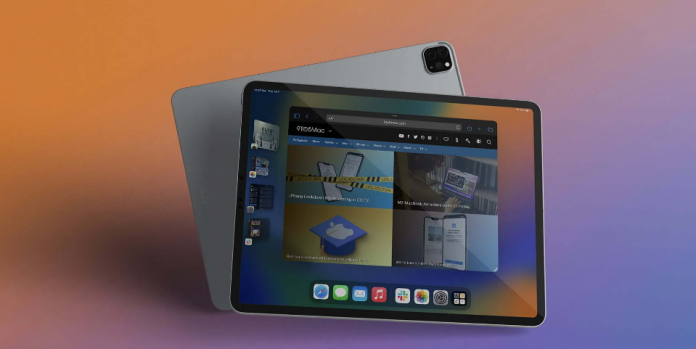 With the iPadOS 16 beta update, Apple is also providing a Stage Manager feature for older iPad models. The feature in question was an innovation that tablet users were looking forward to, but also welcomed with joy. Here’s an iPad with Stage Manager support with iPadOS 16!

The beta version of iPadOS 16, which was planned to be announced in recent months, but whose presentation was postponed to October due to annoying problems, was released in August. The most notable among those that came with the new update was the Stage Manager feature for iPad.

The function, which provides layout by displaying open applications on the screen in the form of windows, was limited only to the M1 chip iPads and Air models released this year. With the iPadOS 16 beta update, it is also available on several older iPads.

The models that received the Stage Manager feature with the update are the 11—inch iPad Pro and the 12.9-inch iPad Pro after the 3rd generation, while the iPads introduced in 2018 and 2020 with A12X and A12Z chips will also receive support for this feature. . In addition, it is worth noting that the Stage Manager, which is offered to older models without the M1 chip, will not be used on an external display. Apple says that support for an external display will be offered for the iPad M1 this year.

Apple has made the following statement about the Stage Manager feature that appeared in iPadOS 16:

“We introduced Stage Manager as a completely new way of multitasking with overlapping resizable windows both on the iPad screen and on a separate external display capable of simultaneously running up to eight live applications on the screen.”

“Achieving this multi-screen support is only possible with the full power of the M1-based iPad. Buyers of the 3rd and 4th generation iPad Pro have shown great interest in using Stage Manager on their iPads. In this regard, our teams have worked hard to offer a single-screen version for these systems with support for up to four interactive applications on the iPad screen at the same time.”

So, what do you guys think about the Stage Manager feature? Do you think it’s useful? Don’t forget to share your thoughts with us in the comments section.