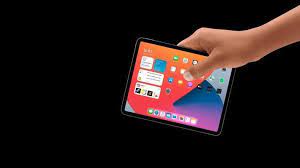 iPad mini 6 may arrive in fall with new design. Apple is said to be releasing a new iPad mini in the fall. Bloomberg’s Mark Gurman stated that this model, known as the iPad mini 6, will come with the biggest design change in the series in many years.

The refreshed tablet is said to have a larger screen and thinner screen bezel. It is said that the design of the faster performing tablet will be similar to the iPad Air released last year. The design of Apple’s smallest tablet hasn’t changed much since it was introduced in 2012.

The new news coincides with previous news about the iPad mini. It was previously said that Apple will give up the home button to make the screen bezels smaller and integrate Touch ID into the power button. Analyst Ming-Chi Kuo stated that the screen size from 7.9 inches will increase to 8.5 or 9 inches. The experienced analyst also stated that Apple could use a mini LED panel on the tablet.

With the iPad mini 6, the series will be renewed for the first time after 2019. The 2019 model iPad mini was introduced to users with features such as A12 processor and Apple Pencil support.

Windows 10, you can change your Android settings via PC