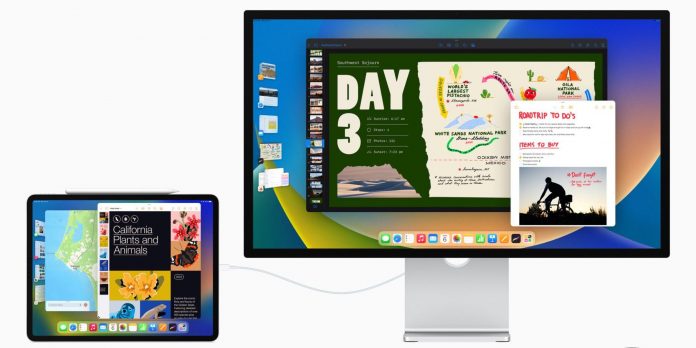 The transition to the iPad with more features began in 2019, when the first release of iPadOS, called iPadOS 13, was released. The software nomenclature remains similar to iOS, despite the presence of only three versions of iPadOS. This is because it is impossible to ignore the connection between iOS and iPadOS — they are fundamentally similar, and iPadOS has obvious roots in iOS. However, the extended version had advantages that improved performance on a large display with more computing power. A redesigned file system, expanded multitasking support, and desktop-class applications have given Apple’s claims some validity. But while calculations could be done on an iPad, it usually required strange workarounds, and it inevitably took longer than using a traditional computer.

Last year, the gap between the iPad and the traditional laptop was almost erased — at least on paper. The 2021 iPad Pro used an Apple M1 chip, the same processor as some MacBook Air and Pro models. The update also added 5G-enabled antenna bands to improve cellular connectivity and the same USB4/Thunderbolt 4 port as on the laptops mentioned above. After the changes, the iPad Pro with the M1 chip was almost identical to the MacBook Air. It had the same processor, storage configuration, and passive cooling method. The main difference was in the input method — iPad Pro with touch screen and iPadOS, MacBook Air with “point and click” function and macOS.

The iPad had the hardware to match even the best of thin and light laptops, but the multi-touch input method is not suitable for everyone. Thanks to the support of multitouch and Apple Pencil, the iPad Pro has become an excellent device for some students and artists. However, until Stage Manager was introduced, users did not have the opportunity to work effectively in multitasking mode on the iPad. Of course, it was possible to open several different applications at the same time and switch between them. But it often seemed that routine tasks that could be done quickly on a computer took forever using iPadOS. This is because there was no multi-window support, that is, the ability to open multiple overlapping windows at the same time. This is a standard feature in a desktop-class operating system, although it was absent in iPadOS, even though the iPad Pro showed a significant increase in performance and capabilities.

Stage Manager doesn’t provide the same experience as macOS, and that’s for the best. When Apple added keyboard and mouse support to the iPad, it was a transformable pointer that could adapt to various buttons or objects on the display. Stage Manager is a similar adaptation of the desktop function for iPad — it allows users to open up to four windows at the same time, the size of which can be changed and superimposed on each other. Windows automatically shift to the left or right and come to the foreground when manipulating them. In addition, it is advantageous for the iPad’s input method, since the finger is less accurate than the mouse and keyboard.

Despite this, the ability to simultaneously open up to four windows on an iPad — and up to eight with full support for an external display — completely changes the rules of the game. Now you can do everyday tasks on the desktop on an iPad without learning how to do them in a limited version of iOS. iPad has become a truly professional device for the first time. It can match the specifications of competing laptops and finally has an operating system that supports the brute power of the iPad. Only time will tell how the new iPad user interface will affect the dynamics between iPadOS and macOS, but at the moment it is a viable alternative to a traditional computer.