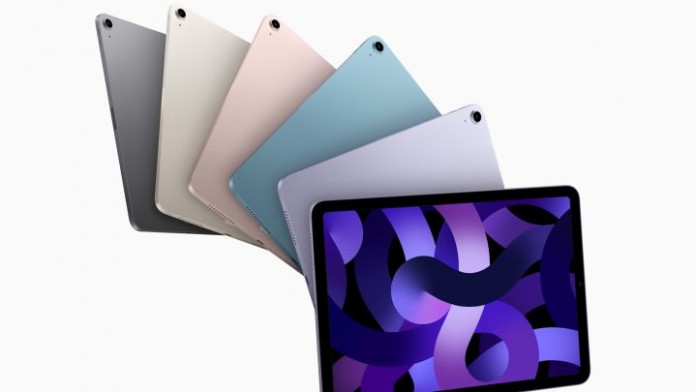 iPad Air 2022: Apple has had a most interesting event for its users with the arrival of new hardware on the market. The first of them has been the new iPhone SE, one of the most anticipated terminals for this moment. But the second of all has been the company’s lightest tablet: the Pad Air 2022. Let’s take a look at its features.

A design that lasts

Apple continues the design of the iPad Air from the same two previous editions. It is a device that inherits the design and some other features of the iPad Pro. The absence of a front button allows you to take better advantage of the 10.9 “Liquid Retina screen and reduce the frames to a minimum. Of course, it will have a better front camera that reaches 12 MPX and will have the Central Stage function to keep you in the center of the action without moving the device.

In the rear part, little can be highlighted in terms of innovation in terms of design, other than the cleanliness and simplicity to which we have become accustomed during the latest revisions of the device. Of course, you will have a 12 MPX camera to take sharp photos and videos in 4K. Of course, it will support augmented reality and scanning features.

Inside, the M1 chip

The other great integration of this device is inside. It turns out that the bitten apple has put the same chip inside the device as the iPad Pro: the M1 processor. Out of curiosity, during the event, the company has shown a new version of processors from this family. But we will deal with that in the other device that we have seen in the presentation and that we will tell you about in another article: the Mac Studio.