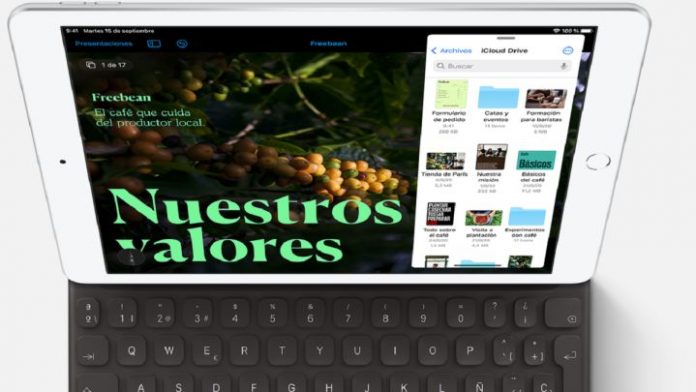 iPad 2021: The iPad is one of the most iconic devices on the bitten apple. Some still remember Steve Jobs presenting the device that years later will excel in functionality. To this day, whatever version it is, it is a symbol of modernity and it improves every year. This year will be no exception and today we are going to take a look at those features that have been leaked from the iPad 2021.

When we talk about an iPad, you surely have in mind the characteristic shape. A wide frame, button at the bottom center… these are some of the things that may come to mind. The truth is that you are not going wrong, and they are details that are the signature of the house and that indicate that they will be for many years. But it is a fact that there are changes in each edition and some of them are already being talked about.

First, we will have a device with a somewhat larger screen. And by something we mean that the iPad 2021 will have a 10.5-inch display (0.2 more than last year’s model). Of course, the design remains as before, so the style of the thin frames and the disappearance of the Home button will be an exclusivity of the Pro model. Another thing that remains, and that users appreciated from the sixth generation, is that compatibility with the first-generation Apple Pencil continues.

Inside the device we have to wait to know the plans that Apple has to give it more space or maintain the characteristics of last year. What does seem clear is the integration of a new processor, which will be none other than the firm’s A13 Bionic, so this and the screen will be its two great novelties unless those from Cupertino show us otherwise.

This is the big question for all those who await the arrival of the new iPad 2021, although it is not the only one. From what we know, the device would remain true to its appointment in about six months. Specifically, the company is now in its production process, so we would see it in the month of October onwards. Of course, its price could stay at the usual: 379 euros, something that places it in one of the best options on the market. However,