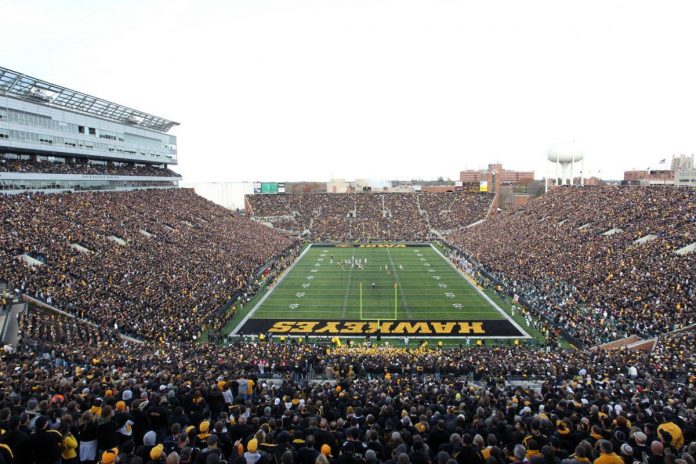 This Saturday, Iowa will play its last non-conference game of the season against Nevada in the hope that their offense will finally play. But there will be a special guest at Kinnik Stadium.

Iowa announced on Twitter Thursday that longtime assistant coach Carl Jackson will be the team’s honorary captain for this game. Jackson was the Hawkeye assistant coach for more than 20 years, coaching runners for three decades before retiring in 2008.

“I am pleased to welcome longtime assistant coach Carl Jackson this Saturday as our honorary captain!” the team said in a statement. “Jackson spent 22 seasons with the Hawkeye Football team and competed in five B1G championships before retiring in 2008.”

Jackson first joined Iowa in 1979 as one of the top aides to the late great Hayden Fry. He would work as a running backs coach and offensive coordinator until joining the San Francisco 49ers from 1992 to 1996, winning a Super Bowl ring in 1994.

After a year at Texas, Carl Jackson returned to Iowa in 1999 under new head coach Kirk Ferenc. He remained on Ferenc’s staff until his retirement in 2008.

In 22 years in Iowa, the Hawkeye have won five Big Ten titles and made it to the Rose Bowl three times. While Jackson was in the state, Iowa had 11 hits in the top 25.

Given the difficulties Iowa has faced on offense this season, perhaps bringing in an assistant who has helped turn the team into a powerful team could bring them luck.

Iowa plays Nevada at 7:30 p.m. ET. The game will be broadcast on the Big Ten Network.

The reaction of the NFL world to the unexpected news of...