Home Tech iOS Devices: An Interesting Bug Has Been Detected! 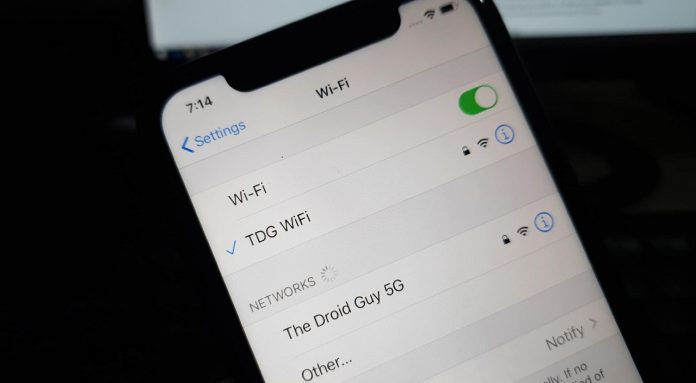 The long-standing competition between Android and iOS operating systems is most beneficial to users. In this way, while people have the opportunity to experience advanced features, in some cases, various errors that can harm the user experience can be discovered.

At this point, security researcher Carl Schou recently announced that he detected an interesting error on iOS devices. Later, the researcher, who shared this on social media, stated that he solved this error that could happen to anyone with the suggestion of another user.

The reason for the error is quite interesting. Carl Schou named his personal Wi-Fi network “%p%s%s%s%s%n” in mixed characters. After trying to connect to this network, Schou was unsuccessful despite all attempts.

However, the problem did not end there. Using his iPhone during these processes, the researcher realized that after a certain period of time, the Wi-Fi feature of his device was completely disabled. According to the information received, it was also impossible for the researcher to connect to other Wi-Fi networks. Because as soon as I turned on the Wi-Fi feature, it would turn itself off.

After joining my personal WiFi with the SSID “%p%s%s%s%s%n”, my iPhone permanently disabled it’s WiFi functionality. Neither rebooting nor changing SSID fixes it :~) pic.twitter.com/2eue90JFu3

Although the researcher changed the name of the Wi-Fi network and restarted the phone to eliminate the error, he could not solve the problem. Later, Schou shared this situation with other users on Twitter. On top of that, the bug was also tested on other iOS devices and it turned out that the same issue occurs.

After the error was detected on other iOS devices, it was not too late to find a solution. This error, which was resolved by the suggestion of another user who had the same problem, was also very useful for iOS users who may encounter the same problem in the future. If you encounter a problem like this on your iOS devices, the steps to follow are as follows;

WhatsApp new contract in all aspects: Why is it dangerous?