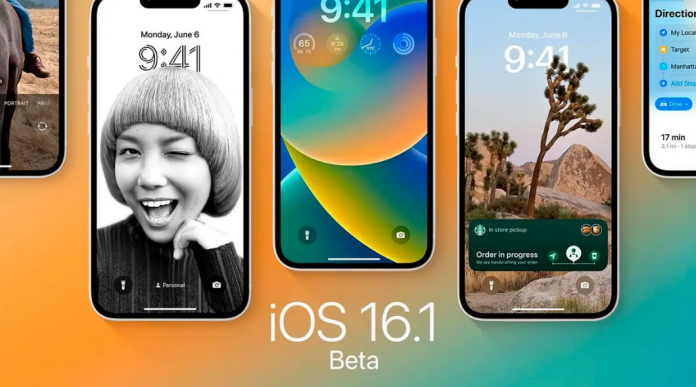 Apple showed in detail the new iOS 16 operating system, developed for iPhone models, at the WWDC 22 event, which it held in June. Last month, it kicked off with an event where new models of the iPhone, Apple Watch and AirPods were presented. iOS 16.1 Beta 5 has been released today, which solves many problems and brings new features.

With iOS 16.1, owners of iPhone XR, iPhone 11, iPhone 12 mini and iPhone 13 mini receive a percentage of battery charge. In addition, it offers Live Events support, which allows you to instantly see what’s going on through the lock screen and the Dynamic Island section of the new iPhone 14 Pro models.

Another innovation was charging with clean energy. In addition, in the US, it determines the time when low-carbon electricity is available, that is, when the grid is powered by environmentally friendly energy sources, and optimizes charging time accordingly.

iCloud has a new photo library that can be used by family members up to 6 people. Thanks to the support of Matter, it will work seamlessly with accessories offered by accessories developed by Google, Samsung, Amazon and other smart home connection partners.

Installing the beta version on iOS and iPadOS devices — step by step!
You can wait for the release of the public beta version, not the developer. But if you want to access it earlier, you need to open a developer account. To do this, you have to pay Apple $99 a year.

However, if you are already using a developer account, you can download the latest beta version via the Apple Developer Center by clicking here. Then, after the appropriate profile is downloaded to your device, you can complete the installation processes from the Software Update section with System Preferences.

Explore the Jezero Crater on Mars from your home

Covid-19: Oxford vaccine has WHO approved use