Home Entertainment iOS 15 update is available for download; Here’s what’s new with the... 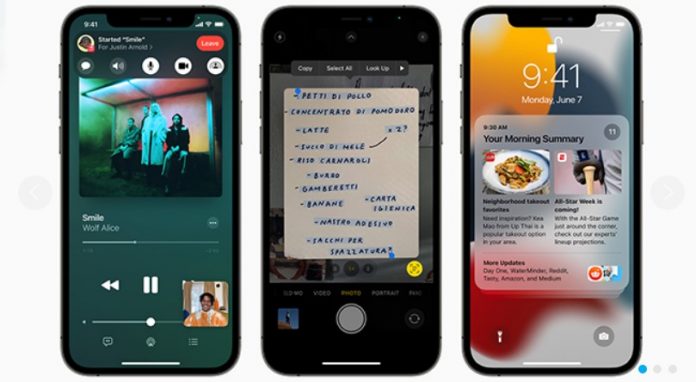 Apple has made the final version of the iOS 15 update available for download. Announced at the World Developers Conference last June, the operating system brings new features to iPhone users.

With iOS 15, new features are offered to users. With the new update, FaceTime calls have become more natural. iOS 15 adds Spatial Audio support to FaceTime as well as Apple Music. Thanks to the Spatial Audio feature, the sounds in FaceTime calls are heard as if they are coming from the side where the speaker is standing on the screen, and new microphone modes separate the user’s voice from the background noise. One of the remarkable innovations in the update is that the portrait mode can be used in FaceTime. Thanks to the Portrait mode specially designed for video calls, users can place themselves at the focal point of the image by blurring their background. When using the Group FaceTime feature, participants can see everyone at the same time with the new grid view.

Users friends with FaceTime calls while share plays their experience with the share play feature of the iPhone, it works iPad and Mac, and can play all the content in a share play session with shared playback controls, you can pause or you can fast forward. Redesigned Notifications offers the option to add photos to contacts and larger icons that make it easier to recognize apps. To reduce distraction, a new notification summary aggregates non-urgent notifications to show them at a more convenient time, such as morning or evening.

Weather, on the other hand, has been redesigned with full-screen maps and more visual graphics showing the data. Wallet offers support for house keys and ID cards while surfing the web with Safari becomes even easier thanks to the new tab bar and Tab Groups. iOS 15 also better protects user information with new privacy controls for Siri, Mail, and more system-wide locations. Safari has a new design that makes it easy to reach the controls with one hand and puts the content at the center. Compact and lightweight, the new tab bar hovers at the bottom of the screen so users can switch between tabs.

Which phones does the iOS 15 operating system support?