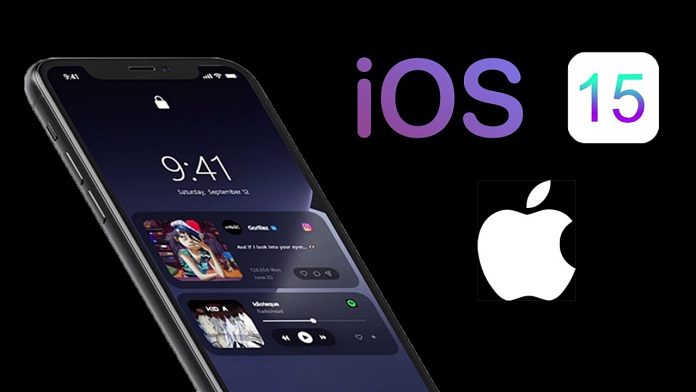 iOS 15 leaks, Apple introduced new products at the event this week. The company also announced the release date of iOS 14.5 for its smartphones. The features of the iOS 15 version, which users are eagerly waiting for, have started to emerge. Mark Gurman, a Bloomberg writer, shared new information for Apple’s new interface.

Apple has been testing the iOS 14.5 version for the past few months. The company, which now comes to an end in beta tests, will offer the stable version of iOS 14.5 to supported models a few days later. Therefore, after this stage is completed, preparations will be started for iOS 15. Apple will announce iOS 15 version for iPhones at WWDC event to be held in June. On the other hand, the company will introduce the iPadOS 15 version within iPads. So what innovations will the new update offer users?

In the next version of iOS, the first change will be in the interface. Apple will refresh the lock screen and home page from top to bottom with iOS 15. According to preliminary information, users will now have more possibilities to customize the current home page. For example, while currently only using apps on the threshold of folders and widgets, in the next version this will have more settings.

With the new iOS version, users will have the opportunity to add any applications they want anywhere on the home screen. This suggests that the area currently on the right side of the screen will become more extensive. Even resources; He claims that this new feature will replace the app grid and the degree of customization will also improve significantly.

Another innovation will be on the message notifications side. With iOS 15, Apple will bring some new settings to the lock screen and control center. With these settings, you will be able to automatically mute notifications according to your instant situation. For example, when using the driving mode while driving, it will also be possible to choose between other scenes such as sleep and work.

Apple will also improve iMessege with its new update. Unfortunately, there is no complete information on this subject. However, sources state that iMessage will rival WhatsApp and other third-party platforms.

The latest innovation will be in privacy. Apple, currently working on application monitoring in iOS 14.5, will make it more comprehensive in the next release. Users will now be able to easily monitor the behavior of the applications. In this way, privacy control will be completely at the user.

This time Epic Games will offer its game series for free!