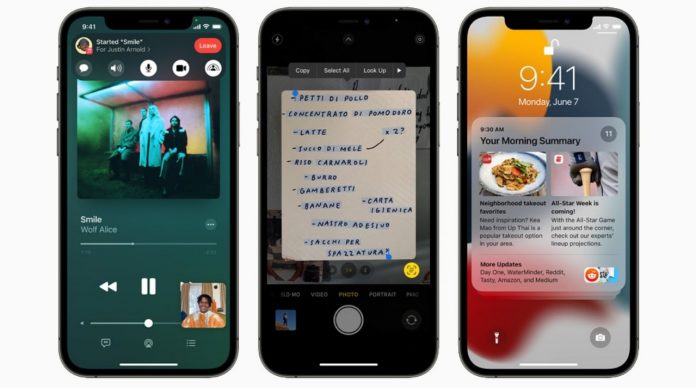 iOS 15 was introduced. Apple introduced the new mobile operating system iOS 15 at WWDC 2021. How to install iOS 15 Beta which is currently in testing phase?

The WWDC 2021 event was held and iOS 15 was introduced. On Windows and Android, dozens of innovations from the FaceTime era to interface improvements and photo enhancements are getting ready to meet with iPhone users. We say getting ready to meet because these features are currently limited to iOS 15 Beta.

Apple, which will introduce the iPhone 13 series in September, will bring the iOS 15 version to the iPhone 6s and all iPhone models released after a short time after the introduction. However, only developers can access them at the moment, as the development process is ongoing. Of course, you can test new features by installing iOS 15 Beta, similar to previous betas.

What does the iOS 15 Beta offer?

With iOS 15, it will now be possible to make and even schedule collective FaceTime calls with people using Windows and Android operating systems. In addition, thanks to the Notification Summary feature, notifications will be automatically categorized and the same type of posts will be filtered.

How to install iOS 15 Beta?

iOS 15 is quite new and continues to be developed as we mentioned above. Considering that it is inevitable that you will encounter dozens of bugs in the first beta version, we do not recommend installing this version. However, if you still want to experience iOS 15, you can access the iOS 15 Beta profile by clicking here.

After installing the beta profile on your device, it will be enough to follow the Settings > Software Update path. You will encounter the iOS 15 Developer Beta warning. You can download the update from here and then install it.

Sony WF-1000XM4, The Introduction Date Of The Wireless Headset Has Been...