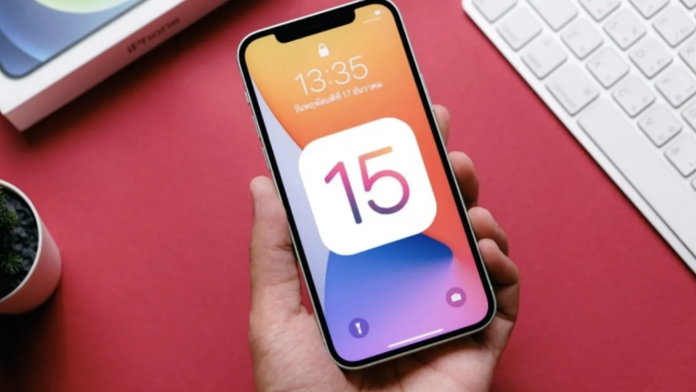 The first official version update of the iOS 15 operating system, released on September 20, is iOS 15.0.1. This update does not bring any new features to iPhones. In particular, it fixes a critical problem experienced by iPhone 13 users, and includes ‘various bug fixes’.

On the one hand, the company continues to work on the iOS 15.1 software. This version, which is currently under testing, will be the first comprehensive update of iOS 15. According to users who downloaded the beta, it is expected that the SharePlay feature, which Apple postponed, will be opened with iOS 15.1.

Some iPhone 13 owners have reported that after upgrading to the iOS 15 operating system, they were unable to unlock their devices with the Apple Watch. They stated that they experienced this problem especially when they wore masks. In the error message received by users who detailed the problem with screenshots, a warning appeared in the form of ‘Could not communicate with Apple Watch’.

On top of that, Apple announced that it would fix the error. That expected fix came with iOS 15.0.1.

In the Apple release notes, “iOS 15.0.1 includes bug fixes for your iPhone, including an issue where some users cannot unlock their iPhone 13 model with Apple Watch.” He shared his knowledge and explained that he fixed the problem. In addition, the ‘storage is almost full’ error in the Settings app has been fixed with the iOS 15.0.1 update.

Apple has released the 15.0.1 update for iPadOS 15, the new operating system of iPads. While it was announced that similar bugs were fixed for this version, no additional details were mentioned. For both iPhone and iPad, you can install iOS & iPadOS 15.0.1 by going to Settings > General > Software Update.