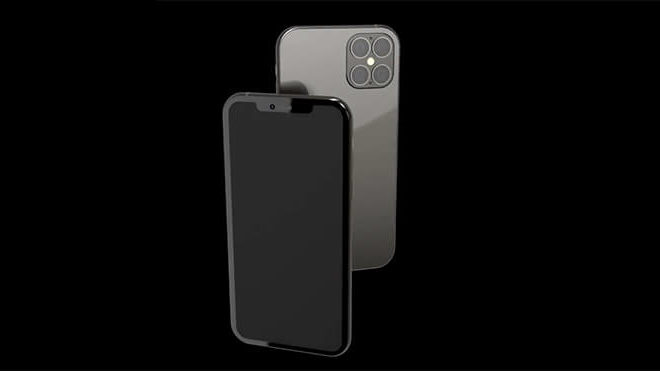 The new generation flagship series iPhone 12, which US technology giant Apple is preparing to introduce this fall, has started to gradually increase its weight on its agenda. IPhone 12 leaks released today show that the notch on the phone will shrink significantly compared to previous models.

Having achieved a successful sales graphic with the iPhone 11 series introduced in September of last year, Apple aims to offer a much better iPhone experience with the new generation flagships that it has been working on for a while.

There is a considerable amount of time for us to see the iPhone 12 family, but this does not prevent speculation about new models. Images posted by Twitter user @choco_bit confirm rumors that iOS 14 will offer Home screen widgets similar to those found on Android. Moreover, it is not to be observed that the iPhone 12s in these images have a much smaller notch.

It is claimed that iOS 14 will have home screen widgets like Android
Although there is no information about where the images come from, the source of the discovery is estimated to be iOS 14, which is probably still under development. On the other hand, the image that reflects the back of the iPhone 12 supports the previous news that the new generation iPhone will have the LiDAR sensor, unlike the iPhone 11 series. We expect the three other sensors on the iPhone 12 Pro and Pro Max to consist of the main camera, telephoto and ultra wide-angle camera.

Improvements to the iPhone 12 series will not be limited to these. Many more innovations such as 5G support, more angular and stylish design inspired by iPhone 4, Apple’s first 5 nanometer A series chip will be waiting for users.

iPhone 12 Pro may come with a design like the one below
On the other hand, Apple software developers who continue their work from home due to the coronavirus outbreak, told Bloomberg last week that there was no delay in the development of iOS 14 and that the new operating system could be released in the fall as planned.

iOS 14; significant improvements such as the new fitness app, a more advanced iMessage, a built-in Augmented Reality (AR) app with the code name ‘Gobi’ and Trackpad powered smart keyboard for iPad Pro. The oldest model to receive the iOS 14 update is expected to be the iPhone SE.

Chromium-based Microsoft Edge browser will be available next week