According to Bloomberg, people are allowing apps to track their behavior only 25% of the time. So this is reducing the flow of data that has been feeding the advertising industry in recent years.

Marketing experts are concerned that they are losing access to “some of the most valuable targeting data”. Since the ATT’s launch in June, professionals have seen a drop in advertising effectiveness.

In particular, Facebook is where the app’s impact is being greatest. For example, the platform is no longer able to accurately see how much sales are being generated, making it difficult to measure ad performance.

The “loss” of this data also affects the ability of the social network to show a company’s products to new customers. Additionally, locks make it difficult to “re-target” actions — when an item viewed in a store is shown again to the consumer.

Brian Bowman, CEO of Consumer Acquisition, believes the ATT is having a devastating effect on the industry. In an interview with Venture Beat, the executive said that some customers are with a 30% to 40% reduction in ad revenue.

For the professional, large companies should not be totally impacted by the application’s tracking blocking. However, small and medium-sized developers, who rely on ad revenue, will need to adapt.

On the other hand, a survey by the Post-IDFA Alliance showed that Android benefited from the ATT. According to the data, the number of ads on the platform increased from 46% in May to 64% in June. 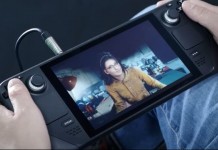 Steam Deck: This Is What Devil May Cry 5 Looks Like On Valve’s Handheld Device

The release date of the web and mobile application of FIFA...