iOS 14 was released last Wednesday, September 16th. This new operating system offers interesting innovations such as home screen widgets, picture-in-picture support, and so on. Apparently, users’ adaptation to iOS 14 is also quite high. An update rate of 30 percent was reached in just five days. One week after iOS 13 was released last year, this rate was 20 percent.

The biggest visual change for iPhone users with iOS 14 was the arrival of home screen widgets. In this way, it offers much more customization than before. Picture-in-picture support also stands out as one of the popular innovations and changes. It seems that mainstream users found the innovations that came with iOS 14 attractive, so the compatibility rate with the latest version has exceeded those of iOS 13 and iOS 12. 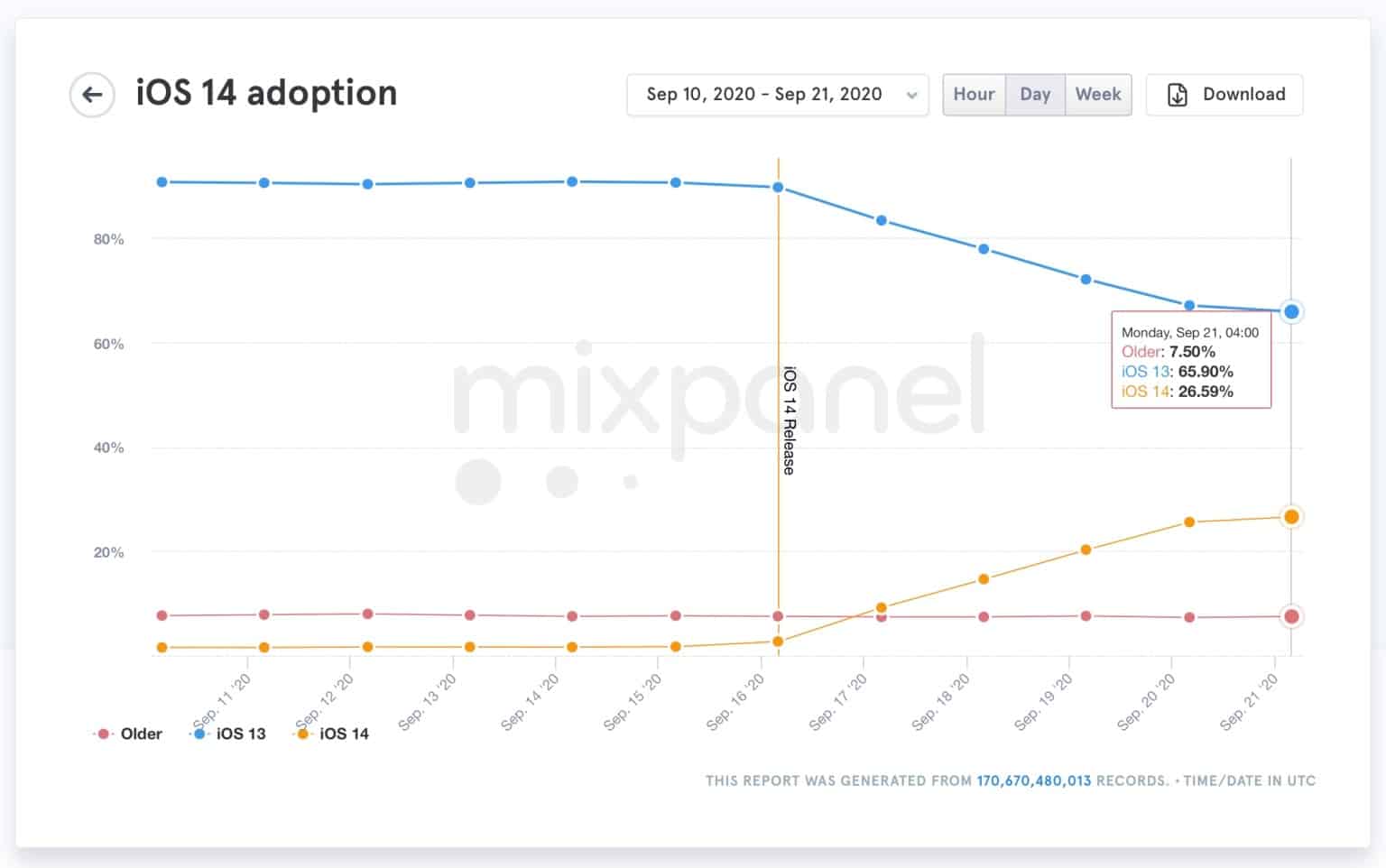 According to the report of MacRumors, information obtained by Mixpanel shows that the iOS 14 / iPadOS 14 compliance rate reached 27 percent just five days after the distribution. After seven days last year, iOS 13 only reached a 20 percent spread. The compatibility rate of iOS 12 was slightly lower. In the meantime, although the adaptation rate has been slower over the years, Apple is the industry leader in adapting to new software versions.

We see that Apple generally publishes the official iOS compliance rate information in October. At that time, the rate of adopting the latest operating system exceeds the 50 percent threshold. Data for iOS 13 and iPhone was released on October 16 last year. If the trend followed by the Mixpanel continues, Apple may release the data earlier this time.

Star Wars: Squadrons rise through space in their games