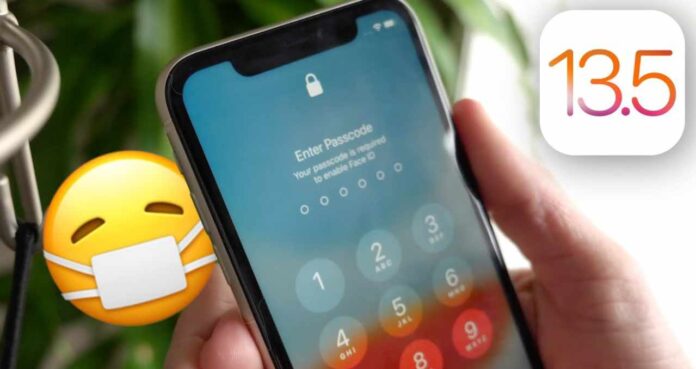 The software development process for Apple, which came across iOS 13.4 on March 24, was moving. While testing iOS 13.4.5, the SDK change was made due to the virus, and the iOS 13.5 version was upgraded, and finally the final version was released.

All of the innovations we shared with you in the Golden Master – GM version released on Monday appeared in the final version, in this update.

iOS 13.5, iPadOS 13.5 and tvOS 13.4.5 update has been released!
The problem of people wearing face masks with Face ID is eliminated, the phone understands that you are wearing a mask and switches directly to the password screen. In addition, the Exposure Notification API, which was developed as a result of the collaboration of Apple and Google, is being offered as part of the fight against the corona virus.

Through the API, which public health officials can access, the identification of people with whom a person caught the corona virus contacts will be easier. Of course, for this, the person who caught the virus and the person he contacted must have activated this feature. The working logic is as follows;

When two people who activate this feature on their phones come together, their phones communicate via Bluetooth. Anonymous records are kept. If a corona virus is detected in one of these people, the data received from the phone is uploaded to a server and the people who have been in contact with recently are notified by deciphering the encrypted data.

In FaceTime calls, you can prevent the frame of the speaker from growing on the screen. You are able to turn it off in the Settings menu and make everyone appear the same size throughout the call. Did you install the iOS 13.5 update?

Coal Became the World’s Most Expensive Fossil Fuel with the Fall...