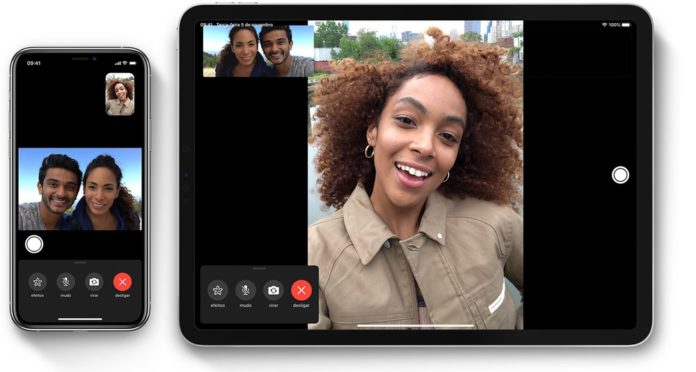 IOS 13.4, an update to the iPhone operating system (iOS) released last week, is preventing some users from making FaceTime calls with contacts who still use iOS 9.3.5 or 9.3.6. Several complaints on Twitter and other social networks have been observed in recent days by the specialized website MacRumors.

The problem, which extends to the application versions for iPadOS 13.4 and macOS Catalina 10.15.4, affects users who try to communicate with devices such as iPad 2, iPad 3, iPhone 4S, iPad mini (1st generation) and iPod Touch ( 5th generation). It is not clear whether the change is intentional or just a bug. Apple has yet to comment on the case.

The change calls attention during the pandemic of the new coronavirus, a period when people should stay at home longer and can use resources such as video calls to communicate with friends and relatives. Some users reported the inability to communicate with parents or grandparents who use an old iPad, for example.

Somagnews was able to test and prove the error, with the attempt of a connection between an iPhone 8 Plus running iOS 13.4 and an iPad mini (1st generation) with iOS 9.3.5. When answering the call, the message “connecting …” appears on the screen, but it is not possible to communicate with the other user.

On its support page, Apple recommends some procedures in case of errors in FaceTime, one of which is to update the operating system. However, iOS 13.4 and macOS 10.15.4 are the latest versions available for the latest apple devices.

This Tuesday (31), the beta versions of iOS 13.4.5 and macOS 10.15.5 were released, but there is no way to confirm whether the problem will be corrected in the next updates. It is also expected to fix a flaw that affects iPhone Personal Access, recognized by Apple last week.