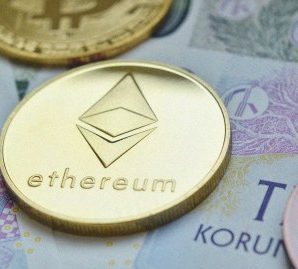 The price of Ether broke its own record, surpassing $ 2,000 this year. A former Ethereum user put up for sale ETH, which he earned by mining, in 2017. Seeing that the price broke a record, he regretted it.

A Reddit user named Liridonius shared an image of the 2017 Ether sales order. In the first transaction, 96 Ether were sold at 10 euros. It sold the remaining 101.7 ETH for 9.70 euros each.

986 euros from this sale; in total, he earned about 1.950 euros. If he hadn’t sold what he had, he might have gotten it now. So why did the investor sell what he had?

It all started with ETH mining

The investor started mining ether before the Ethereum fork Ethereum Classic appeared in 2016. “My friends and family were laughing at me,” said the investor mining in Nanopool. But I believed in this technology. ” said.

The investor, who continued mining for a while, saw that people started to sell coins to cover their vacation expenses as the summer months approached.

“I was a student”

Liridonius, who was not working and was a student at that time, decided to sell what he had because he needed cash. The investor said, “I felt incredibly smart because I was selling what I got.” said.

However, the Ether price continued to rise. Liridonius, on the other hand, could not admit that he made a mistake by selling ETH, because he could not feed his pride. Even though he wanted to buy Ether again with what he had, he saw that he could not buy as much ETH as before, and gave up:

After the investor’s comments, a Reddit user said, “How often do you think about this event?” asked. Liridonius said, “Frankly, I think every week.” said.