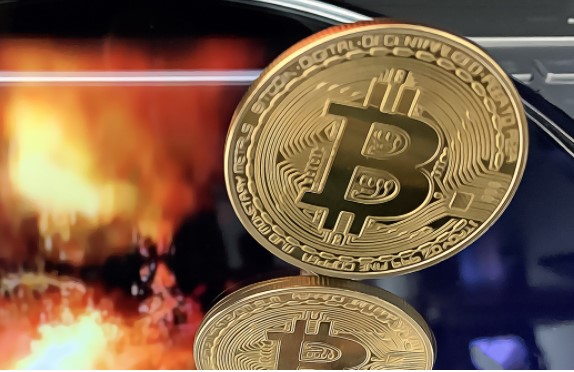 Former Goldman Sachs hedge fund manager and cryptocurrency bull Raoul Pal claimed in a tweet that he now owns only one Bitcoin.

Raoul Pal Explained: I Have 1 Bitcoin

Real Vision CEO Raoul Pal was on the agenda with his statement on Twitter the other day. So much so that the former hedge fund manager revealed that he only owns 1 Bitcoin during a Twitter discussion with self-proclaimed “Bitcoin Strategist” Greg Foss. However, it is not entirely certain whether this is an exaggeration or an accurate account of their existence.

This statement by Raoul Pal caused confusion and anxiety among the true believers of Bitcoin, as it was thought that ETH and altcoins would eventually outperform BTC.

Also, Pal made his first BTC purchase in November 2013. The famous economist later sold his Bitcoins for 10X profit in 2017 and then added Bitcoin to his portfolio from 2019 to 2020.

In addition, the hedge fund manager confirmed in May 2021 that he has more ETH than BTC in his portfolio.

Marc van der Chijs, founder of Synaptic Ventures, complained that after the Real Vision CEO’s Bitcoin announcement, Pal’s holding of only one BTC based on the nature of the community and not the potential return “completely contradicts what he made at RealVision.”

After Raul Pal shared, some criticized Pal while others defended him. So much so that “Coach T”, a crypto analyst and founder of Crypto My Way, stated that he appreciated Pal’s “diverse views and smart thinking”.

Pal also had another dispute with Foss over its stance on inflation and bonds as a trading instrument. Foss shared on Twitter that he does not support Pal introducing his trading strategy to others who do not fully understand how it works.

Pal disagreed with Foss, explaining that his views on bonds are “a philosophy, not a business.”

Just three hours after Foss posted the tweet targeting Pal, he shared an apology tweet saying he “regrets his actions”. Foss added that he “made a rookie mistake” and “has bigger battles to fight”.

Just a few weeks ago, Pal said he believes there is a “reasonable chance” that the crypto market capitalization will increase 100-fold by the end of this decade.

Latest news about meme coins: Dogecoin, Shiba and others