Home News An Investigation Initiated for Unfairness to the Doctor Who Announced Corona Virus... 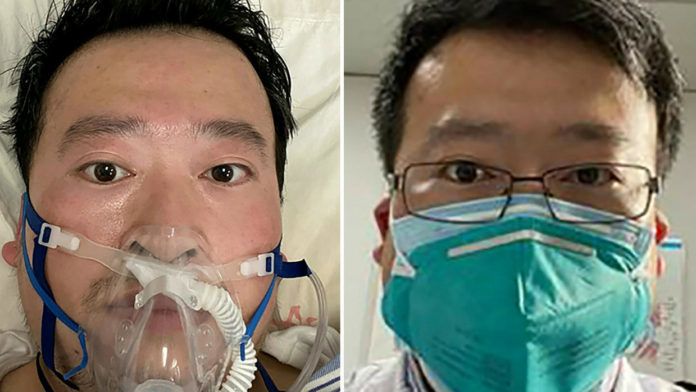 An investigation has been launched for the doctor Li Venliang, who announced the Corona virus to the whole world and died the same day. When Li first gave the news, he was under investigation for false news.

The Chinese doctor Li Wenliang, who noticed the Corona virus on December 12 and announced it to the world, was killed by the virus the other day. This development, which caused a great reaction against the government by the people in China, mobilized the authorities. After Li announced the Corona virus, the police questioned the doctor and made him look like a “liar”.

After this public reaction, the Chinese government made a statement. Government officials, who stated that a team was established to investigate this treatment against Li, will impose criminal sanctions on the wrong people as a result of the investigation.

What Happened to Li?
Chinese doctor Li has announced through his personal blog that he has now come across Corona virus, the world’s main agenda item. Stating that he also communicated with other doctors, Li also warned about the virus on social media. Upon this incident, the Chinese police launched an investigation against 8 people, including Li, for “disseminating false news”. They also had the doctor sign a document they accused of making false claims.

Loss of Life Raised to 638
Although we see that countries are taking large-scale measures against the Corona virus, casualties cannot be prevented. According to the latest published information, the Corona virus, currently transmitted to 31,530 people, killed 638 people. It is known that the virus, which is not yet available in our country, slows the speed of its spread thanks to China’s radical decisions. China is trying to quarantine the Hubei province, where millions of people live, to prevent the virus from spreading both in their country and worldwide.

According to the statement made by the doctors, the infections have not reached the peak yet. The whole world has been mobilized for a vaccine to be produced against the deadly virus that constantly develops itself.

Kim Kardashian: A Film Inspired By Her Robbery In Paris