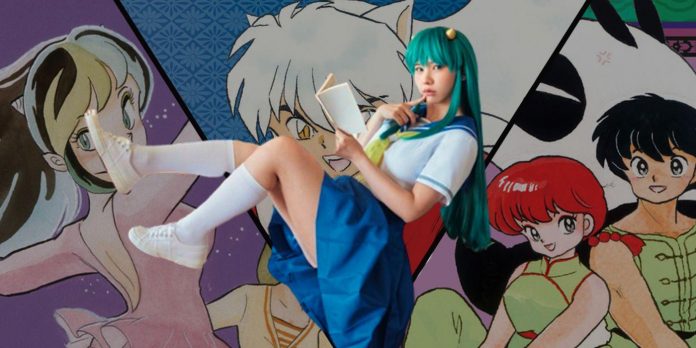 Enako, one of the most famous cosplayers in Japan, will bring to life the characters created by the beloved writer Rumiko Takahashi, known for Ranma 1/2 and Inuyasha, in a new book that will be released on September 6. Enako’s Twitter account gave fans an idea of what to expect from this exciting collaboration.

Enako is the star of the Japanese cosplay community and the most successful professional cosplayer of the country. She is also a voice actor, streamer and model who is regularly hired by publishers and production companies to advertise manga, anime and video games. Rumiko Takahashi is a legendary mangaka who created such cult works as the revolutionary “Ranma 1/2”, the supernatural senen “Inuyasha” and the sci—fi romantic comedy “Urusei Yatsura”. Recently Takahashi was inducted into the prestigious Harvey Awards Hall of Fame in recognition of her career. She joins other masters of her craft, such as Steve Ditko and Mobius. Previously, Takahashi was also inducted into the Eisner Hall of Fame and received a prestigious Medal of Honor with a purple ribbon from the Japanese government.

This collaboration between one of the greatest mangaks in the world and the most successful cosplayer in Japan promises to be a real celebration for fans of Takahashi’s creativity. Enako will bring characters from Takahashi’s beloved manga to life, and the artist has even drawn a brand new character who will make his debut in a book created specifically for the cosplayer. Enako shared a brief overview of what’s coming next on her Twitter account in the form of the first photo of a photobook in which Enako is dressed as Lum, an alien princess who is the protagonist of Takahashi’s first successful manga, Urusei Yatsura, which you can admire below.

It’s amazing to see that Takahashi is still busy with so many projects. The artist is still working on her current manga series, Mao, a dark fantasy story that begins with the same premise as Inuyasha (a modern Japanese student who magically travels to the past), but its action takes place in the Taisho period (early 20th century), and not in the Sengoku period as Inuyasha. It’s also nice to see how Enako shows love for Urusei Yatsura is a manga that helped Takahashi break into the industry and inspired an internationally successful anime adaptation. The Urusei Yatsura anime is also due to receive a reboot from Jojo’s Bizarre Adventures David Production, which will debut on Japanese television this October.

Manga and anime culture is constantly expanding around the world. Manga creators like Takahashi should be considered standard bearers because their work paved the way for the industry to become as successful as it is today. Cosplayers also play a big role in making manga and their characters known to an even wider audience, so fans should be very excited to see Inuyasha, Ranma and other characters from the worlds Rumiko Takahashi, revived thanks to Enako’s wonderful cosplays.