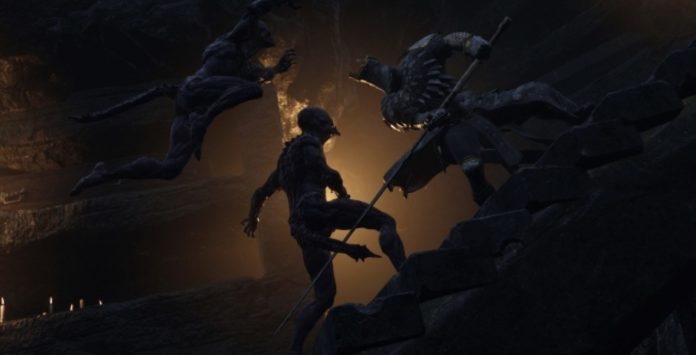 Mortal Shell, an RPG action game of the Dark Souls genre, was announced by Playstack and Cold Symmetry. The game will be released in the third quarter of 2020 on PlayStation 4, Xbox One and computer.

Playstack and game developer Cold Symmetry introduced Mortal Shell, an “uncompromising, authentic, and terrifying action” RPG game. The firm said the game was built on “the brutal traditions of the Soulslike genre.”

The Soulslike genre is the name given to games similar to the Souls genre we know with Dark Souls games. In these games, we try to complete the story in a magnificently detailed world, using our skills as an actor. They are not games that make it hard to make mistakes.

Mortal Shell comes to play for hours
During the early development, the game was known as Dungeonhaven. Although a small team of 15 people completed the project, it is stated that the team also took part in some of the most successful AAA games on the market.

Andrew McLennan-Murray, Anton Gonzalez and Vitaly Bulgarov, founders of Cold Symmetry, said in a joint statement: “The development of such a game is like crossing the ocean with boats in many ways. Finally, being able to announce Mortal Shell was one of the most exciting and scariest experiences we have had in our lives. “It has been the shock of learning the complexity of making a game that you will really have fun while playing yourself for the last two years.”

What’s the subject of Mortal Shell?
Mortal Shell literally means ‘mortal shell’, which tells the subject of the game more or less. In the game where we try to fulfill the wishes of a mysterious being named Dark Father, we gain followers by exploring hidden temples, awakening various ‘shells’ and acquiring characters suitable for ourselves and our play. In a world where humanity collapses in the game, we can access their powers and use their weapons by using different warrior bodies.

Interesting creatures and enemies are waiting for us in the game. In this game we are intermediaries in a war between gods and we are fighting with all kinds of opponents. Those who want to learn more about the game can watch the introduction below and subscribe to the closed beta from the official site here.

Samsung gave the good news for its affordable phones!