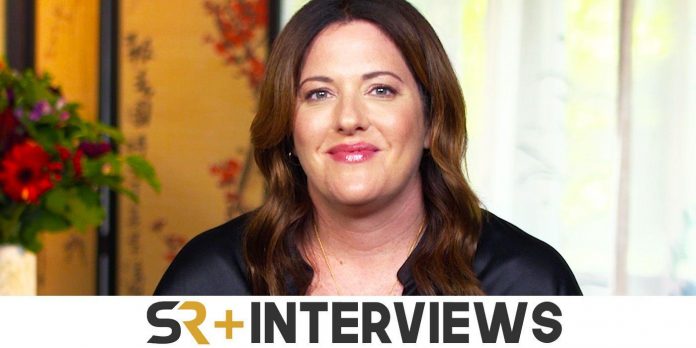 In the new series “Surface” on Apple TV+, Sophie Ellis (Gugu Embata-Row) struggles to piece together her life before an alleged suicide attempt that led to a traumatic brain injury wiped her memory clean. Unable to remember the difficult relationship she shared with her friends, husband James (Oliver Jackson-Cohen) and an undercover investigator named Thomas Baden (Stefan James), Sophie reveals the disturbing layers of her past self while trying to forge a new life. free from the burden.

Surface was created by Veronica West, executive produced by Reese Witherspoon. Previously, West was a member of the creative team of High Fidelity Hulu and wrote scripts for such shows as Dexter: New Blood, Chicago Fire and State of Affairs. The Surface cast also features Ari Graynor, Markian Tarasyuk and Millie Brady.

Screen Rant talked to West about what inspired her to create Surface, the key themes of the series and much more.

Screen Rant: I love good psychological thrillers, and this one seemed to me extremely exciting and unique. What was your source of inspiration for this story?

Veronica West: I think it all comes down to the premise. I was looking for a situation that could lead us down really dark, winding paths, and the idea that Sophie’s brain was essentially rebooted because of this injury is a really terrible thing, but in a way it’s also a gift. This is a second chance for her to write about all her mistakes or turn into another person, and this is a second chance for everyone around her to form a narrative about their relationship the way they wanted it to be. Now this is what Sophie might find dishonest as the season progresses.

It’s easy to see how the title of the series reflects Sophie’s accident with water, but can you explain the more imaginative meaning of the name Surface?

Veronica West: I think everyone has two sides. There is this image that we project into the world, which is very carefully chosen, you know, by whom we want people to see us, even our closest relationships, our spouses, our friends. Then there’s the other side of ourselves, our inner self, deep, messy emotions, thoughts that we have, and maybe we wish we didn’t have them. These two sides of someone, this dichotomy, I think Sophie at the beginning of the series, she really only has access to the first one, and the question of how she finds out who she really was, that’s what drives her throughout the season.

I was impressed by how much the show leaves you guessing until the very end. As a writer, how did you create and maintain an atmosphere of uncertainty?

Veronica West: Television is a team sport, and I would never have been able to do it without my incredible team of writers. But I think we knew who Sophie really was, and it’s almost like going back. How can we give ourselves enough space to make the story presented at the beginning seem familiar? We see a love marriage, we see a best friend. How can we move from this point to what we know is the truth, which is much darker and much more complicated than that.

In fact, it takes all eight episodes to fully reveal the backstory and relationship of Sophie and James. What was your creative process like when you were figuring out how to promote all the big discoveries of the series?

Veronica West: From the very beginning, you write a five-page synopsis of what this season will look like, and it is constantly evolving and becoming more detailed until we have a presentation of the season in which all these different moves were planned. So we have to go back and say, as a group of writers, which episodes are better thematically, what connects to each other, what is the most beautiful revelation, like the gala concert at the museum in episode 5, when Sophie gets to this truth or this secret, and outline the whole thing – which is the really fun part of it.

The action takes place in prestigious San Francisco. In the TV series “The Surface” Gugu Mbatha-Raw (“The Morning Show”) plays Sophie, a woman who suffered a traumatic brain injury that led to severe memory loss. about the suicide attempt. When Sophie goes on a quest to put together the pieces of her life with the help of her husband and friends, she begins to doubt that the truth that she is being told is actually the truth that she lived.

This sexy, sublime thriller, through twists and a shocking love triangle, asks the question: What if you woke up one day and didn’t find out your secrets? “The Surface” is a story of self—discovery that reflects on whether we are programmed to become who we are, or whether we choose our own identity.

Check out our other interviews with Surface stars Gugu Embata-Row, Oliver Jackson-Cohen and Stefan James.