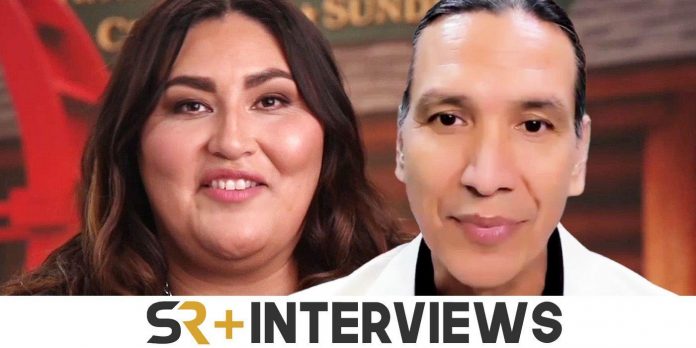 The premiere of the second season of Rutherford Falls will take place on June 16 on the Peacock Channel, where stars Ed Helms and Jana Schmieding will return to lead a fantastic cast that has gone through several trials and triumphs. They play lifelong best friends Nathan and Reagan, whose bond has been tested by one’s commitment to her white settler heritage and the other’s passion for her native culture. Sometimes to bridge the gap, and sometimes to get in the way of work, there is Terry Thomas (Michael Greyis, “Home Before Dark”), CEO of Minishonka Nation Casino with big dreams for the city.

In the second season of Rutherford Falls, Terry hits a wall when faced with a new problem: the American dream, on which he had previously bet, is crumbling. This unexpected turn of events brings him closer to Nathan, who still hasn’t recovered from last season’s defeats more than ever before. Meanwhile, Reagan is getting closer to her roots as she tries to serve the Minishonka Cultural Center to the best of her ability—perhaps even finding a new love in the process.

Screen Rant spoke with co-creator Sierra Teller Ornelas (who previously worked on Fantastic Supermarket) and star Michael Greyis about how things changed for Terry Thomas in the second season of Rutherford Falls, and how the writers approached Reagan’s novel with the natives this season.

Screen Rant: Michael, Terry is a man who is always on a mission. Can you tell us about his next plan for the city this season after the political changes in Rutherford Falls?

Michael Greyes: It was very nice to play his journey in the second season. I think in the first season we established so much fundamental work about what he was aiming for and how he reacted to it.

What’s so brilliant about the second season is the adversity it faces. He, of course, is betting on the American brand just when America stumbles and then sets itself on fire. To see how he reacts to this adversity, to show vulnerability and to show confusion – there is a line in which he says: “I’ve never said this before, but I think I made a mistake.” It’s really humanizing, and I love how they destabilized it. Does it allow me as an actor to have these glorious, glorious moments?

First of all, I loved Josh and Reagan last season, and then I’m trying to make friends this season. Very cute. But overall I like seeing Reagan and romance as she explores the possibility of romance throughout the series. How do you feel about her as a leading actress and a love interest in the show?

Sierra Teller Ornelas: Oh, of course. I grew up loving romcoms; I liked Nora Ephron and Nancy Meyers. And what you don’t often see in these films, unfortunately, is a great variety. But I always imagined myself, a la Mindy Kaling, the main character of Brown, who should be in these films.

With Reagan’s character and giving her such different romantic moments, I’ve always wanted to make an Indian eccentric novel or romcom where they hate each other and then love each other- keeping track of that. And with the appearance of Dallas Goldtooth, who plays Nelson, it was so nice to watch the blossoming romance of the indigenous people.

I think that in many native films, when a novel is portrayed, it is very tragic. One of them has a lot of injuries, and it’s a very independent, tough movie. And I’m always like, “Maybe they’ll meet in a coffee shop and get to know each other nicely!” Watching how to do this with the specifics of the authentic history of indigenous peoples was really exciting for us when we had these wonderful comedic characters.

When we found Kimberly Guerrero, who plays Terry’s wife Renee, their dynamic was so funny in the Terry Thomas episode. We thought: “We have to get them back. We need to see what this marriage is like.” It’s just very interesting to grow and show these relationships.

Absolutely. I really liked the evolution of her novel this season because, as you said, it started so unexpectedly. Speaking of surprise, Terry and Nathan have changed in their dynamics this season. Can you tell us about working with Ed and that this year they will have to come together to some extent?

Michael Greyes: Yes, absolutely. In the first season, there was a hostile relationship between Nathan and Terry, which, I think, helped focus part of what was happening on the macro level. But what’s great about season two is that Nathan falls hard and falls hard. Due to the fact that Terry has a hard time turning the town into the village of Old Rutherford, he and Nathan end up on the same golden mean.

It’s much easier to find kinship and brotherhood when you’re in a trench being shot at than when you’re on the other side of the river. And Ed is such a brilliant actor that I love these moments for these two characters this season.