Home Entertainment Interview with Kylie Kuykka and Katie Shim – Paws of Rage: The... 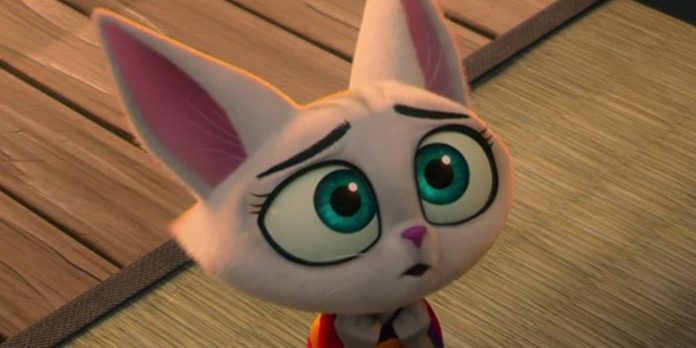 A dog turned samurai in a city populated by cats is sure to attract skeptics, and the heroic Hank in “Paws of Rage: The Legend of Hank” gets both. The new animated martial arts comedy Paws of Fury from Paramount Pictures and Nickelodeon Movies can now be seen in theaters. The film also stars Michael Cera’s Hank Kylie Kuyoka as Emiko and Katie Shim as Little Mama.

In Paws of Fury, Kakamucho village is attacked by the feudal warlord Ika Chu (Ricky Gervais), and the villagers ask for a new samurai to protect them. However, Hank’s arrival causes a lot of ridicule, as Hank is a dog tasked with protecting a city full of cats. While Little Mama is one of Hank’s many harsh critics, young Emiko shows much more faith in him.

We talk to Kylie Kuioka and Katie Shim about their roles as Emiko and Little Mom in Paws of Rage, and each of them shares their heartfelt memories of making the film.

Screen Rant: How did you get to Paws of Fury?

Kylie Kujoka: It was like a normal audition for me, but it was at the last minute because I was moving to a new place. My mom recorded the audition takes on her phone, and a few weeks later I got a call back, and I was so excited because I was able to meet with directors Rob [Minkoff], Mark [Kutsir] and Chris [Bailey]. ], as well as producers and casting directors. Some time later, my agent and manager called me and said that I had booked the role of Emiko, and I was so excited and happy, and I jumped so many times!

Katie Shim: I joined the process about a year before I got the role of Little Mom. They were still in development and figuring everything out, and I was very lucky to join them and work with Rob Minkoff. He was incredibly, as throughout the process, open to ideas and riffs, and was just such a generous giver as far as creative licensing of the characters and their voices was concerned.

When I booked the role, it was in the midst of COVID, and so this project will forever remain a silver lining in a period that was a bit dark when I didn’t know what the other side was going to bring or be like. And so, there are a lot of good memories that will forever be associated with this project!

What moments or scenes in Paws of Fury were the most vivid for each of you?

Kathy Shim: I would say that for me there are two of them, and they are a kind of yin and yang or different ends of the spectrum. This is a moment for me, and I don’t want to reveal too much, when a Little Mom really goes for it with Hank and really calls him an outcast of the city and continues this whole tirade about him not being a cat. And by the end of the movie, she understands: “No, Hank is a samurai, he’s our hero.” These are the moments in the film that, it seems to me, really echo the journey of a Little Mother.

Kylie Kuyoka: I would say that my favorite scene was when Hank and Emiko were playing with origami, and she made origami for Hank and told Hank something very meaningful that would help him protect the village.

Paws of Fury: The Legend of Hank: Synopsis

Check out our other interviews with the stars of “Paws of Rage: The Legend of Hank” by Michael Cera, George Takei and Aasif Mandvi.

BLACKPINK: Lisa Shines With LALISA On The Jimmy Fallon Show

Iron Man Reveals The Secret Reason He Builds So Many Suits