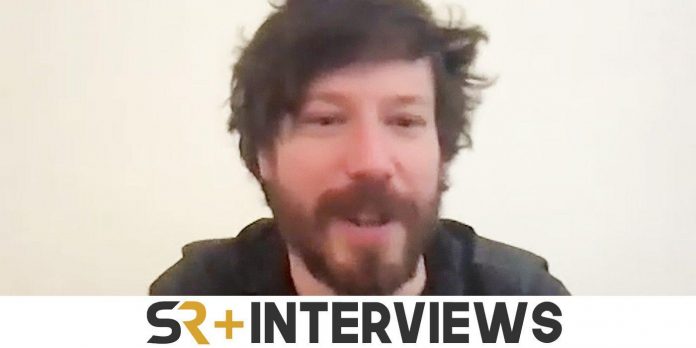 From the mind of Homecoming creator Eli Horowitz comes the shocking mystery-thriller Gone in the Night. Winona Ryder leads the cast of the film alongside Dermot Mulroney, John Gallagher Jr., Brianne Tju and Owen Teague.

Ryder stars in Gone in the Night as Kath, a middle-aged woman who journeys to a remote cabin with her younger boyfriend for a weekend getaway, only to discover two mysterious twentysomethings already there and saying they’ve rented out the place. Though electing to share it for the night, Kath wakes up to find her boyfriend and one of the younger couple missing and sets out to learn the answers behind his disappearance.

Ahead of the film’s release, Screen Rant spoke exclusively with star John Gallagher Jr. to discuss Gone in the Night, his love of Winona Ryder, working with two up-and-coming actors and more.

Screen Rant: Gone in the Night is quite the exciting thriller, it really had me on my toes the whole time, I could not figure out what was going on. What about it really drew you to want to be a part of the project?

John Gallagher Jr.: Well, just what you mentioned, the script had me on my toes as well. I kept trying to figure out what movie I was in and where it was headed and what the stakes were and what the rules were, and I just couldn’t figure it out. I thought it was so masterfully woven by the screenwriters that I was totally intrigued by it. When a script lands in your inbox as an actor and your agent leaves a note saying, “Hey, Winona Ryder really wants you to do this movie with her,” I was pretty much sold at that point, I probably would have said yes to it, regardless of the script, because I’m just such a fan and admirer of hers for so many years.

The fact that she was starring in a feature film, I love her work on Stranger Things, but I was psyched to see her doing something like this, which seemed like a cool next step for her and then I read it and was really taken with the script, I thought the character was sweet and funny. It just seemed like a really great combo of factors and then the the cast that they started getting to fill out the ensemble, each new person that signed on was exciting and I was a fan of everybody’s, really, so yeah it was kind of a perfect confluence of cool factors that made me want to get involved.

You’re no stranger to the thriller or horror genres, what with 10 Cloverfield Lane or Come Play, but what was it like getting to the heart of your character for this film through this genre lens?

John Gallagher Jr.: I thought it was such an interesting way to — the theme at the heart of the film is mortality and aging and this never ending human need to stay young, to stay relevant, to stay vital, even though we all know very, very well, by now that that’s not a viable option, it’s not a possibility. And yet, you have so many stories of yore of the search for the Fountain of Youth, and I just thought that this was such an interesting way to play with those themes, to do it in kind of a smaller budget, inventive genre thriller with characters that, at the end of the day, felt very real to me, even though we’re dealing with otherworldly, slightly larger than life elements, thematically.

I kind of bought everybody’s motive and I felt everybody’s pain, it felt human to me, which I think is what I’m always looking for in the scripts that I get sent is like, what’s the real human connection? The themes are very interesting, but for me, it doesn’t matter if you don’t have characters that you care about and you want to kind of root for and you want to find out more about. I just felt like this guy was so interesting, too, because Max, the character that I play, comes across as somewhat of a simpleton and somebody who just really is desperate to stay young and stay relevant at all costs. But I think there’s a real vulnerability and sweetness behind all of that, so I felt like it was my job to draw that part out, so that it didn’t just become a comic relief role or a caricature of sorts.

Since you mentioned the importance of the human connection in this film, you share screen time with plenty of your other co-stars, but Winona and Brianne are the two that you share the most with. What was it like building that rapport with each of them off camera before bringing it into each scene?

John Gallagher Jr.: It was so easy. Everybody in this, it was such a dream ensemble, but I look to Winona and that’s somebody who I just I adore, I look up to her, I have for many, many years. Her filmography is so important to me and her work as an artist is so important to me and then she just couldn’t be a sweeter person. They tell you not to meet your idols, but with a few exceptions and I would say that chief among those exceptions is Winona Ryder.

What an idol to meet and it was beyond my wildest dreams and she was so kind and fun and funny and we just we talked so much in between takes to the point where the cinematographer, I think when we wrapped, we all went out for a drink and he was like, “I just gotta ask, what have you and Winona been talking about for the last four weeks?” [Laughs] I was like, “Oh my gosh, anything and everything.” Just like her stories about her career and her youth and her life were so important and so vital.

Then on the flip side of the coin, you have Brianne, who’s an up-and-coming, emerging talent who’s so effortless and throws herself into it and is so fun to be around. I remember we were driving in the van coming home from filming one day from a location and I was in the car with Brianne and Owen Teague, who plays her partner, and they’re younger actors. They’ve already made such a name for themselves, but they’re on their way up. I remember just saying to them, like, “Man, if every actor of your generation could have your caliber of work ethic and abilities, I feel like we’re going to be in great hands for the future of screen acting.”

Because I was just so impressed and taken by their abilities on camera and off, so it was just kind of a labor of love. Everybody got along, we had a blast, we were filming on location up in the Redwood Forest and the Cazadero region in California. The deal just was so sweet on this one, getting to work with such great performers, but, man, one should be so lucky to get to share screen time with both Winona and Brianne. They’re amazing.

Gone in the Night Synopsis

Upon arriving at a remote cabin in the redwoods, Kath (Winona Ryder) and her boyfriend (John Gallagher Jr.) find a mysterious young couple (Owen Teague and Brianne Tju) already there — the rental has apparently been double-booked. With nowhere else to go, they decide to share the cabin with these strangers. When her boyfriend mysteriously disappears with the young woman, Kath becomes obsessed and enlists an unlikely supporter (Dermot Mulroney) with finding an explanation for their sudden breakup— but the truth is far stranger than she could have ever imagined.

Check out our interview with writer-director Eli Horowitz as well.