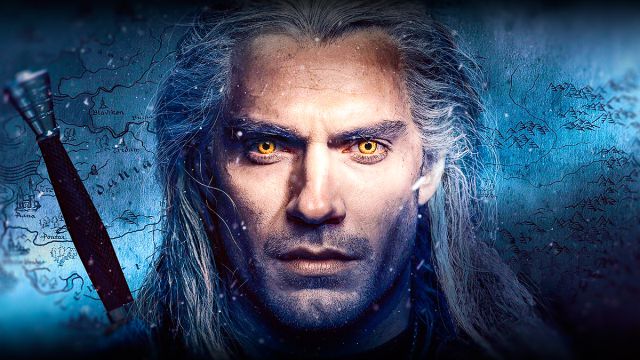 Henry Cavill attends the premiere of the second season of The Witcher, with a subsequent press conference in which he recounts his adventure as Geralt of Rivia. There is a special magic transmitted by people who love what he does. The passion and care with which dreams come true is contagious, and this is one of the reasons why Henry Cavill is one of the most popular personalities of the moment, as well as his overwhelming magnetism. He himself fulfilled his dream of becoming Geralt of Rivia in The Witcher series, a Netflix television adaptation of Andrzj Sapkowski’s literary saga. The British actor discovered the Russian universe thanks to the CD Projekt Red video games and right now he is the visible face of the sorcerer, as he is also of Superman. “For people to identify you with characters like Geralt de Rivia or Superman is a privilege, but it also carries a great responsibility,” says Cavill during the press conference held in Madrid on the occasion of the presentation of the second season of The Witcher.

A wizard full of nuances

Henry Cavill’s love of video games dates back to his childhood, instilled by his father, whom he remembers begging from a very young age to buy him a PC. To this day, he adores playing and considers “magic” how video games make us live experiences and immerse us in other worlds: “When I have free time I love to play my games, although free time is something that I am very lacking lately. (laughs) “. Aware that he is now the spitting image of Superman and Henry Cavill, he highlights the responsibility that comes with being identified with both icons of popular culture and the fantasy genre: “They are much loved and I must make sure that most of them see these characters when I go characterized as them “.

It was through the CD Projekt Red play that the actor discovered the sorcerer and his world. “When I saw the whole universe so deep and so full of nuances, I was absolutely fascinated and decided to read Sapkowski’s novels. There I realized that Geralt was a role that I had to play because, the more you get to know the witcher, the more you realize how special he is ”. Of the entire saga, the actor has a predilection for The Blood of the Elves, although he is aware that keeping just one of the books is a difficult decision. However, in this volume we appreciate an interesting evolution in Geralt, as well as a greater depth of his character. “Geralt has always tried to protect others and that has brought him fatal consequences, as it happens in Blaviken, where he ends up killing a lot of people for choosing the lesser evil. And he has learned his lesson. Sometimes we can see how he treats Ciri with a certain harshness, but always for her good. ” In addition, he highlights his relationship with Triss within the novels, beyond the romantic topics that usually occur in fiction and in which the nobility of the witcher is seen: “After Geralt rejects Triss, we see how later she falls ill and he he is in the caravan and becomes his nurse. “